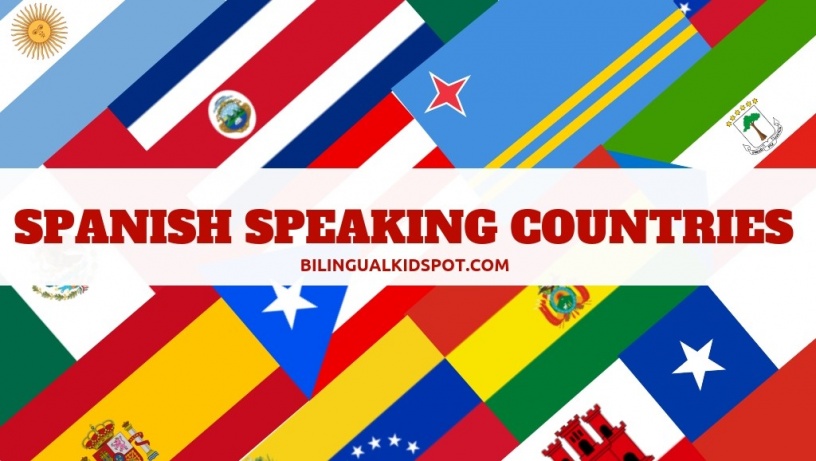 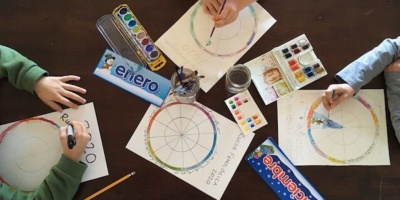 Homeschooling in Spanish and English – How our Bilingual Homeschool Works 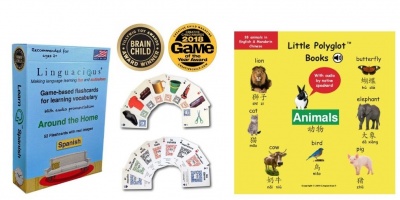 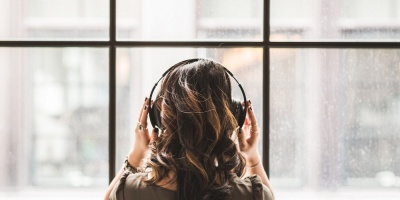 Spanish is the second most commonly spoken language in the world in terms of native speakers. Here we dive into detail of the Spanish speaking countries in the world and answer the following:

All languages are valuable. However, when choosing a language to learn or teach our children, we want to make sure our efforts will not be in vain.

As such a popular language around the world, it is safe to say that Spanish is a valuable language choice. Learning to speak Spanish opens doors to not just one new world but over twenty of them.

How many Spanish speakers are there in the world?

Spanish is the most widely spoken Romance language.

427 million of those people are native Spanish speakers.

But all joking aside, there are a number of Spanish speaking countries. You can find Spanish speakers in the Americas, Caribbean, and scattered throughout Europe and Africa.

Although Spanish speakers live around the globe, the following 21 countries claim Spanish as their official language.

Characteristics of Mexican Spanish:
Mexicans use the tú form for younger people or close relationships. They use Usted to show respect.

Characteristics of Guatemalan Spanish:
Guatemalans, and most Central Americans, use Voseo instead of the tú form.

Characteristics of Costa Rican Spanish:
Costa Ricans use the Usted form more than tú or vos.

Unique Spanish words/phrases:
Tico/a- A Costa Rican, pura vida- literally “pure life” but the phrase is used frequently to say it’s all good, as a greeting or a way to say you’re welcome.

Characteristics of Honduran Spanish:
Hondurans also use Voseo. Spanish is also not the only language used in Honduras. There are 10 listed dialects frequently spoken in rural areas.

Spanish speaking countries in the Caribbean:

Characteristics of Cuban Spanish:
Due to the African influence on Cuban Spanish, the language sounds more rhythmic than in other countries. Cubans also tend to use the diminutive “ico” instead of “ito”.

Characteristics of Puerto Rican Spanish:
Puerto Rico is a territory of the United States. Therefore, you may find a bit of Spanglish (a mixture of Spanish and English) walking the streets of Puerto Rico. Puerto Ricans also tend to pronounce the “r” sound as an “l”.

Characteristics of Colombian Spanish:
Colombia is the second largest Spanish speaking country, in terms of number of native speakers. Colombian Spanish is said to be the clearest and easiest to understand. However, there are different dialects throughout the country and the “clear” Spanish is mainly spoken in the capital.

Characteristics of Argentinian Spanish:
Argentina and Spain are tied for the third largest Spanish speaking country in terms of the number of native speakers.
Argentinian Spanish is most known for its use of the “sh” instead of “y” when pronouncing the “ll” sound.

Characteristics of Peruvian Spanish:
In Peru, the “r” and “rr” sounds are pronounced as a soft “j”. Peruvians also use the diminutive “ito”. Quechua is a frequently used indigenous language and some Quechua words are incorporated into Peruvian Spanish.

Characteristics of Chilean Spanish:
Chilean Spanish is similar to the Spanish you would find in southern Spain mixed with Quechua and Mapudungun. Chilean Spanish also has their own conjugation, ending many words with an “ay” sound.

Characteristics of Ecuadorian Spanish:
Ecuadorian Spanish differs greatly depending on the region. In the Andes, the language is similar to that of neighboring countries. In the Amazon, the indigenous languages largely influence their Spanish.

Unique Spanish words/phrases:
tranquilopa- It is all good. Apolar- to sleep, zarpado- extraordinary

Characteristics of Uruguayan Spanish:
The Spanish heard in Uruguay is similar to that used in Argentina. However, you will hear the tú form used more often in Uruguay.

Characteristics of Castilian Spanish:
Spanish in Spain is also known as Castellano. The Spanish use vosotros instead of ustedes and the “z” and “c” sounds are pronounced as “th”.

Characteristics of Equatoguinean Spanish:
Equatorial Guinea is the smallest Spanish speaking country in terms of native speakers. It is also the only African country that claims Spanish as an official language. However, Spanish is not the only official language and is generally not the first language of the people.

Spanish isn’t an official language of the United States of America,. However, Spanish is the second most widely spoken language after English.

How many people in the USA speak Spanish?

According to a 2016 US census, there are around 40 million native Spanish speakers in the US, which makes up 17% of the US population.

However, if you include the 11.6 million bilinguals, mainly American born children of Spanish-speaking parents, the US would become the second largest Spanish speaking country.

Where do the Spanish speakers in the USA live?

Where do Spanish speakers in the USA come from?

A small country found between France and Spain, boasts roughly 30,000 native Spanish speakers, or around 60% of the country’s population.

Technically an English speaking territory, however, almost half of Gibraltar’s population are native Spanish speakers because it so closely borders Spain.

Located right below Spain. As a result, around 20% of Morocco’s population is native Spanish speakers.

Has over 100,000 native Spanish speakers, even though English is the official language.

Official languages are Dutch and Papiamento. However, most Arubans are impressively multilingual, speaking the two official languages plus English and Spanish. Therefore, 75% of Aruba’s population are also native Spanish speakers.

Can all Spanish speakers understand each other?

If you focus on all the different accents, colloquialisms and regional phrases, learning Spanish can feel like a lost cause. However, the good news is that despite the differences in dialects, Spanish speakers can understand each other across the borders. 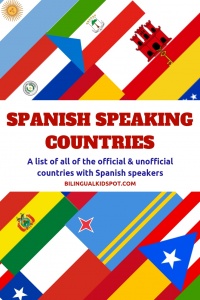 If you are considering adding Spanish to your or your child’s repertoire, take the leap. You are in good company with the numerous Spanish speaking countries around the world. With over 500 million language friends, you will never be alone. Take a look at our Spanish for Kids series here!

Author: Vanessa Ruiz is a language lover with a BA in Spanish and English as a Second Language. When she isn’t working to support immigrant families their efforts to raise bilingual children, you will find Vanessa writing or playing with her own bilingual child.

Homeschooling in Spanish and English – How our Bilingual Homeschool Works