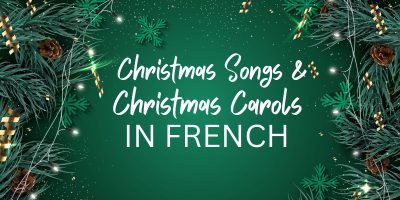 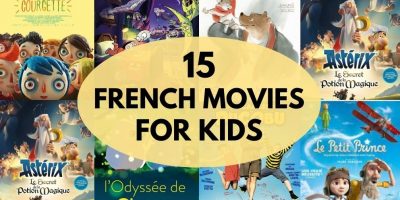 From food to decorations and activities, Christmas traditions in France can be similar to other countries around the world in some ways, but unique in many others.

Here we go through the French Christmas traditions and holiday traditions in France.

Christmas in France is always a very special time, just like in many other countries around the world.

Families gather and celebrate Christmas in ways that may or may not sound familiar to what other neighbouring countries do.

We explore, here, the main characteristics of French Christmas traditions.

As an aside, we should also mention that there are considerable differences in traditions within France.

Regional variations (especially between North and South) are clearly noticeable. We will mention some of these below.

Finally, there are also notable family differences. Every family is different. It is important to keep in mind that what is mentioned here may not apply to everyone.

Decorations are a huge part of the Christmas traditions in France.

Many families who celebrate Christmas in France will display a small Christmas nativity scene in their living room by the Christmas tree.

Small art pieces, sometimes even toys, are used in a very special spot in the home. Some stores will also display the scene.

Some villages will also have animated ones or life-like ones. Whatever the size or the style, small pieces representing the birth of Jesus are present in homes. They form a very important part of the Christmas decor.

In the months leading up to Christmas, traditional fairs around Marseille, Arles or Aix-en-Provence will sell these cute little figurines for people to create their own nativity scene at home.

The pieces are usually made of clay and are very colourful. As well as nativity characters and animals, santons can also represent traditional southern village life for those who prefer to have a non-religious theme to their decorations.

Like in many other countries around the world, mistletoe is used as a decoration in many homes and towns in France for Christmas.

However, in France, mistletoe (called le gui in French) is not about kissing. In France, it is seen as a good luck charm and French people often decorate their doors with it or give it to friends as a New Year gift to wish them luck in the coming 12 months.

An important French Christmas tradition is to hold the main Christmas meal and celebrations on Christmas Eve. It is called Le Réveillon de Noël.

Families will traditionally meet then, exchange gifts and eat their main Christmas meal then.

Some may attend Midnight mass (which may or may not happen at midnight). The next day, on Christmas day, families will meet with another set of family members and exchange gifts and eat another big meal then too.

In France, the 26th is not a holiday. Though many will take the day off, it is the day huge winter sales, regulated by the government, start. If you want to return a gift or grab a bargain, this is the time most French people will pick to do so.

Food is very important in France, so, of course, Christmas food is even more important. The Christmas meal(s) can last for up to 6 hours and people spend a large amount of money on the meals.

Foie gras, salmon or oysters? Traditional French Christmas traditions for food would include the following:

This is the most common traditional starter in many households often served with warm toasted bread.

For those unfamiliar with it, it is basically a paté made from the liver of a goose or duck.

Traditionally a French delicacy from the Southwest region, it is slowly being replaced with alternatives as it is seen by some as inhumane (as the animals must be force-fed).

These seafood options are also part of the traditional Christmas meal (though in many households oysters are reserved for the 31st of December).

Another alternative to foie gras, snails are served most often with a parsley butter.

The main meat dish is most often turkey but there is also a lot of game meat around especially in the more rural households. The most common vegetables served with turkey are green beans and chestnuts.

A huge cheese platter served with crusty bread and a green salad is always served before dessert. This is a common tradition not just for Christmas but whenever families have a big meal together.

The famous Christmas log. In France, the traditional French Christmasdessert is a bûche de Noël.

It is a swiss roll style cake with different flavoured fillings (chocolate, hazelnuts, chestnuts) and fancy decorations on top.

Each guest must eat all thirteen in order to guarantee good luck for the year to come.

Gifts are just as important as the food in France, like in many other places around the world. Children will often place shoes in front of the fireplace (not socks).

All of the gifts are surprises and come from Santa.

This means that while families gather, there is usually a time where parents find excuses for all the kids to be sent elsewhere while Santa comes and delivers.

In a minority of families, Santa delivers overnight and presents are opened on the 25th. Many families give and open gifts on the 24th.

There are few (if any at all) traditional French Christmas carols as are known in the English-speaking world.

Most carols are adapted or translated from English. There is no tradition of carolers either. There are, however, famous French Christmas songs. You can find a child-friendly selection here.

How would you wish a Happy Christmas or Happy Holidays in French? Most people will use Joyeux Noël (Merry Christmas) or Bonnes Fêtes (Happy Holidays).

Most French people will not send Christmas cards. They will, however, send a Happy New Year (Bonne année) card wishing you all the best for the year to come and sometimes summarising their past year at the same time.

Christmas markets are also present in many cities, towns and villages nowadays in France.

Though traditional and larger Christmas markets can be found almost exclusively in Eastern France (near the border with Germany in particular).

Strasbourg’s Christmas market is especially large and lovely. People come, not to purchase things, but rather to have a drink with friends or family, (mulled wine or cider) and share a treat.

Eastern markets will have shows or attractions for kids too. It is very much a social event, not a market in the traditional meaning of the word.

Looking for French resources? Check out these posts: