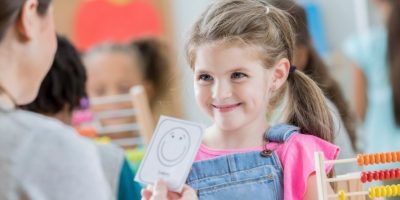 The Spanish-speaking world is rich with timeless Spanish songs. From Spanish folk songs to rock, these traditional Spanish songs span many genres and have been passed down for generations.

If you are wanting to learn a little more of the Spanish language, history, and culture, be sure to check out these 10 old Spanish songs everyone knows and 5 bonus classic Spanish songs.

These traditional Spanish songs have successfully withstood the test of time. Some of these folk songs were written over 100 years ago!

Yet, regardless of where you find yourself in the Spanish-speaking world, if you start singing one of these classic Spanish songs, it won’t take long before someone will begin singing along with you.

1. Bamboleo by The Gypsy Kings

In 1987, a relatively unknown band, The Gypsy Kings, made history by introducing the world to Rumba Gitana for the first time. Their album was a mixture of sounds from all over the world and listeners were captivated by these new rhythms. Their most popular song, Bamboleo, sought to heal the world through the joy of music.

This traditional Spanish song was originally written in 1947 by Osvaldo Farrés and released by Trio Durango/Trio Los Panchos shortly after.

However, it has since been recorded by popular artists, including Andrea Bocelli and Gabi Moreno. These newer recordings have kept the song fresh generation after generation.

According to some historians, this Spanish folk song was originally sung by slaves in the Veracruz region of Mexico.

In the late 1950s, teenager Richie Valens set the traditional tune to a rock beat and sang his way to fame, becoming the first Latino Rocker.

Carlos Santana kept this traditional Spanish song in the spotlight but it was originally written in the early 1960s by Tito Puente, who is known as “The King of Latin Music”.

However, when it was recorded, Puente had no idea he was creating a hit. The song was originally regarded as a filler song for an upcoming album.

In 1978, Ruben Blades wrote what is now referred to as one of the greatest classic Spanish songs ever written, Pedro Navaja. This song tells the story of a criminal in New York City.

The unique tune and storyline led to the song’s popularity. However, it was almost left out of the album it was written for because the directors thought the song was too long. Thanks to Blades’ persistence, Pedro Navaja came to be.

This song was originally written in 1935 for a movie that Gardel starred in, also called “El Día Que Me Quieras”.

It is the story of a man who wants to marry a woman beneath his social class. Gardel tragically died in a plane crash on the film’s promotional tour but his song lives on.

It has been performed as a cover by artists such as Luis Miguel and Gloria Estefan.

At the time this song was written, the author, Consuelo Velasquez, was only 15 years old and hadn’t even had her first kiss. Yet, she managed to write this wildly popular, classic Spanish song about it.

The song was first officially recorded in the 1940s when Velasquez was about 23. It has since become one of the most covered Spanish folk songs.

This classic Spanish song was written in 1929 as a patriotic song for Cuba. However, it has evolved over the years and has been used in struggles for peace across the Spanish-speaking world.

It has also been recorded by several well-known artists such as Celia Cruz and Jose Feliciano.

Las Mañanitas is quite possibly the most traditional Spanish song you can find. It was originally written back in 1896 in Zacatecas, Mexico. T

oday, it is sung at every birthday or saints day in Mexico and beyond. It may not have topped the charts, but it is, without a doubt, an old Spanish song that everyone knows.

This Spanish folk song was originally written in 1882, making it the oldest song on this list. Since then, it has taken on several different versions and meanings.

The most popular interpretation is that the song tells of a “pretty little darling” who was saved from outlaws and smuggled out of the mountains.

My ego won’t let me classify these songs as “old” but considering many of them are 20+ years from their release date and still just as known and loved as they were on day one, even I’ll admit that they deserve to be called classic Spanish songs.

This song was originally released in 2001 and has since been an anthem of hope for the Spanish-speaking world.

In light of the pandemic, many popular artists joined forces to record a new version and renew its message of unity for the people.

This song held the number 1 slot on the “Hot Latin Songs” Billboard List for a total of 41 weeks. That is the longest any song has ever stayed at number one. Yet, its story to stardom, like many on this list, was an unlikely one.

The song was originally written by Iglesias and Descemer Bueno, his longtime collaborator. In the end, the song didn’t make the album cut so Bueno made some changes and used it in a reggaeton duo instead.

When Iglesias heard the new version, he was amazed. In the end, he added in his vocals and included the song on his album Sex and Love in 2014.

Chances are I don’t need to tell you a thing about this song because just reading its name brought the catchy tune back into your brain. It may stay there for a week or two (sorry).

However, the storyline of “La Macarena” isn’t quite as innocent as your memories may be. The song is actually about a woman who is unfaithful to her partner while he is away in the army. And for some reason, we dance to this song at weddings…

You can’t write a list of Spanish songs everyone knows without including at least one by Selena Quintanilla. Even though the artist was taken from the world far too soon, she still has quite a following.

This song, although one of her most famous, was written by accident. It began as a silly song about a fish to give the singer and her band some comic relief.

Over time, it developed into the version we know and love today. This catchy song was released in 1994 and became an instant hit.

If you are looking for some inspiration for a rough day, the queen of Salsa, Celia Cruz, is sure to pick you up with this happy tune.

This wildly popular song came out in 1998 to remind all of us that life is a mixture of good and bad, sometimes you just have to choose to find the good and celebrate the life you’ve been given.

If you are a Salsa fan, Celia Cruz has a plethora of classic Spanish songs that will forever liven up your radio, including her version of “Guantanamera” and “Rie y Llora”.

Now that we’ve explored the best old Spanish songs that everyone knows, which one will you learn first?

Enjoy learning about the beautiful culture and language with these classic Spanish songs! ¡Buen provecho!