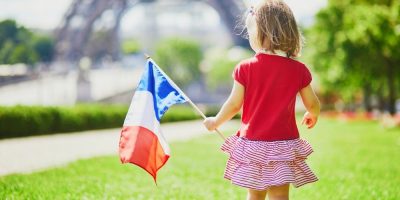 How to Teach French at Home or at School 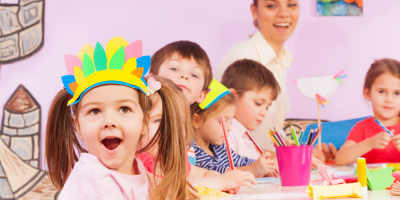 French For Kids – Free Lesson Plan For Home or the Classroom

Here you can find a list of authentic French movies for kids. All of these kids movies below were originally shot in French.

Finding genuine authentic French movies for kids can be quite difficult. Just like for French books, as parents, we often search for movies in French only to discover they are dubbed or an adaptation of the movie in English.

The children’s movies in French listed below are all, to our knowledge, played originally by French-speaking actors. Some movies are animated and others not.

Make sure to check out our Learn French for Kids post for more French learning resources for kids.

Before going any further, these movies will be available on different streaming platform in different countries. If you would like to search an international version of Netflix’s catalogue, take a look at this very handy little search engine.

A list of animated kids movies in French, suitable for young ones.

A very sweet little animated French movie for kids about the unlikely friendship between a mouse and a bear. The pair quickly become a kind of Bonnie & Clyde duo.

Children as young as 4 years old will love the sweet nature of the movie with beautiful graphics.

The movie is loosely based on the storybooks with the same name. Note: don’t be scared by the trailer, the scary scene at the beginning is not reflective of the whole movie, in my opinion.

This French story needs no introduction. It is the latest animated version of the French literature classic.

A little girl lives in a very grown-up world with her mother. Her neighbour, the aviator, tries to show the girl another world where the Little Prince lives and anything is possible.

Suitable from 6 years old, though little kids won’t understand all of the nuances.

A French Canadian movie for kids about a band of friends who have a lot of fun in the snow, competing in snow sports and making friendships.

It is a really sweet story all kids will love with some amazing treehouses-style constructions childhood dreams are made of. This movie can also be found under the title La bataille géante de boules de neige in France.

An animated French movie for kids talking about serious issues in a sweet and loving way. It is the story of Courgette, a 10-year-old boy who has recently lost his mother and ends up in an orphanage.

Through friendship and love, he discovers life and maybe even happiness. It is not rare to see children cry while watching this movie. Be prepared. Suitable from 8-9 years old.

Another classic of the French literature made into a movie, or even several movies. The animated versions are usually more suited to younger children.

This latest instalment is the story every child wants to know about: how the secret potion is made (with a twist, of course). Suitable from age 6.

The cutest story of a baby owl who searches for his family. The theme is a classic one but made in a very poetic and fear-free way.

There is very little talking in the movie, so little exposure to the French language is that is something you are looking for. The movie is short (26 minutes) making it suitable from 3 years old.

A movie showing us the good side and kindness of monsters. A story about friendship and the message that loves is what makes the world go around.

It is a clever movie with several different levels of understanding, making it suitable from mixed ages families. Suitable from age 7.

A princess story with a twist. Pil, an orphan who lives in the street with her 3 weasels, disguises herself with a dress to escape the guards chasing her.

Here she is then embarked in spite of herself on a mad and delirious quest to save Roland, the heir to the throne victim of an enchantment. Suitable from age 6.

A list of non-animated movies in French for kids perfect for a family movie night.

Set in 1949, the new teacher at a severely administered boys’ boarding school works to positively affect the students’ lives through music.

The drama is full of wit and love despite the tough environment. Suitable from 12+.

Set against the backdrop of World War II, this allegorical film about French school children warring over buttons is both a historical lesson and a visual delight of the French countryside.

Based off the 1912 novel of the same name by Louis Pergaud. This is a classic of French cinema and has been remade on several occasions. It is both fun and educational. Suitable from 12+.

A French movie for kids full of fun jokes and a modern touch while taking from some of the stories in the books. There are many levels of understanding and while little ones will not get all the jokes, adults will find it fun too. Suitable from 6 years old.

A movie to laugh and not take anything seriously. Ducobu (a well loved bande dessinée character) is a terrible school boy.

In this adventure, he is on holidays. Despite meeting some people from school while on holidays, he finds a treasure map that will help make his holidays fun.

Just like at school though, his cheating and mischievous character will make the adventure even more fun. Suitable from 8 years old.

This is the story of a single father who must accept that his girl is growing up. As he used to tell her bedtime stories, these stories come to life but take an unexpected twist as she changes her focus from her father to a potential boyfriend.

The movie comes and goes between the real world and the stories of the father. Some younger children may not understand all of the underlying message but the story is lovely nonetheless.

A movie with Omar Sy (so great to see a black family in a French movie). Suitable from 6 years old but better understood from around 10.

Nicolas’ life revolves around his friends. When his dad announces that a big work promotion means moving to the South of France, his world collapses and he tries everything to stop the move.

A movie adaptation of the classic Le Petit Nicolas by Goscinny and Sempé. This is the third in a series of recent movies for the cinema. Suitable from about 6 years old.

The train left with his children (and friends) onboard. So, dad and grandad must try everything possible to be reunited with them by… following the train.

A fun comedy for movie night to watch as a family. Suitable from 8 years old.

Hopefully this list of French movies in French has given you some inspiration for your next family movie night! Looking for more French resources? Make sure to check out:

How to Teach French at Home or at School

French For Kids – Free Lesson Plan For Home or the Classroom