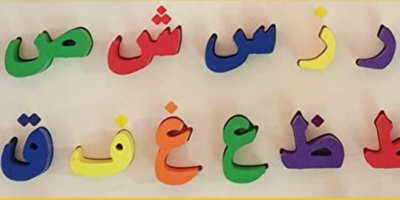 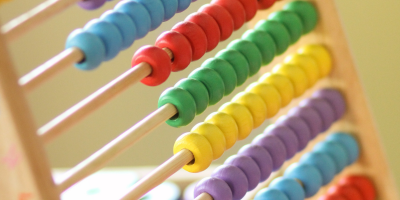 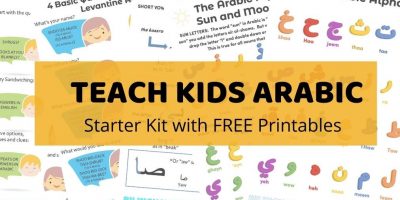 Ahlan! Welcome to the lesson 2 of our Learn Arabic for Kids Series, Arabic Colors. Here we will learn all about the colors in Arabic.

I am Laila, owner of ArabishWay – a website repository of Arabic language resources. I am so excited to be working with Bilingual Kidspot to bring you a series of focused lessons to help you on your Arabic journey, a.k.a. your Arabish way.

If you haven’t already, please check out the Arabic Starter Kit as we will build on those basics.

Below you will find activities and resources in Arabic such as books, songs, toys and activities geared towards toddler and preschool-aged kids but can be used for kids of all ages.

Don’t forget to print your posters at home!

For this lesson these activities will all be focused on Arabic colors!

The books I recommend may come printed in formal Arabic or are only available in English, but I do believe kids enjoy informal dialect at a young age.

The ArabishWay videos of those books will be read in a colloquial dialect (specifically the Levantine or Shami dialect).  If that is not your dialect, please use the idea/concept as a model to help you find or formulate the equivalent in your dialect.

If you are ready, then…Yalla! Let’s go!

To get you started, here are your basic colors !

Pronunciation note:
We learned before the capital H is a breathy one, from the back of the throat, you see this in the word “red” uH-marr.
And for reference the u sound in uSS-farr and uz-ra’ sound like the English word “fuss” and “fuzz”.
Also remember the apostrophe after a vowel is a glutteral stop, like the “a” in apple and at times serves as a replacement for the letter “ق – qawf”.
You can listen for it in the videos below.

How to use Arabic Colors in Sentences

The image above has the basic masculine form of each color and is the default when you are simply naming the color.

In context, colors generally take on the gender of the object they are describing (feminine or masculine).

The color doesn’t change between singular and plural. In the formal language/in written Arabic, the color adjective has a dual plural form when describing two objects, but it is not commonly used in spoken, so we will skip it here.

We will use the same form for singular and all forms of plural.

First pattern: Let’s take “red” for example “uH-marr”.  The “alef” or “uh” sound is dropped.  And is added to the end, followed by a glutteral stop becoming “Hum-ra’”.  Be sure to make an “ah” sound before doing the glutteral stop like the “a” in apple. Exaggerated it would sound like “Hum – rah – glutteral “a””

Second pattern:  Let’s take “brown” for this example “boon-nee”.  Add a “yeh” sound to the end keeping everything else the same “boon-nee-yeh”

Check out this printable to see how some other colors switch from masculine to feminine.  PRINTABLE HERE

Placement of the Adjective in a Sentence

And like in other languages the color follows the noun. So a “white dog” (which is masculine) would be “kelb uh-bee-yawD” and “white fish” (which is feminine) would be “ sa-ma-keh bay-Daw’ ” (don’t forget that glutteral stop after the “Daw” sound.)

Some songs, books and games to help learn Arabic for kids.

I’m sure you know already that singing is excellent for language acquisition.  Here is one color video that is not my favorite but is very catchy and is to the tune of Baby Shark

My favorite color song is this one, to the tune of Twinkle Twinkle. It is a child singing about his trip with his mom to the vegetable market.  The colors are sung in context and some are masculine and some are feminine. You can find the video, as well as a printable version of the lyrics in Arabic, transliterated and translated into English, here.

Brown Bear Brown Bear: I absolutely adore this book. It is very adaptable to local dialects, so please adjust according to your own.

Bilingual Book of colors: A bilingual color learning book in Arabic and English

We know playing games is a great way to teach vocabulary; colors are no exception.  Anytime you are asking your child what color something is, you can switch to Arabic by saying:

And while coloring, you can say:

You probably have games in your home now that have a color component.

Memory Games:  Some memory games are already set up with colors or you can make your own set of cards out of notecards or by gluing swatches of matching colors on one side of a deck of cards. I found a color matching sheet on my child’s Melissa and Doug matching game. Find it here.

Twister: I also incorporated Arabic colors into the game Twister.

“qaw-dem” or “ih-jirr” for foot, the first one is more specific and formal
and “yed” for hand,

You can say: “shmal” or “ish-mayl” for left – which ever sounds better to you
and “ya-meen” for right

Follow as much of the rules of the game as you want.  Ideally, the person spinning speaks Arabic well and can give directions.  Or do as I did and just simply tie the body part, direction and the letter together as best you can.  Both body parts are masculine so no need to adjust the basic color name. Be sure to hide the spinner from view so the kiddos use their ears and not their eyes to understand.

Craft: And if you are looking for other ideas, Mosaic Names Craft is a fun activity.  I used it often on airplanes and playdates and restaurants!

Anytime you are asking your child what color something is in your native language, you can switch to Arabic by saying:
“and in Arabic?”, “wa bil-‘aa-ra-bee?”
Or try
“Which color is this?” “Ay-ya lown ha-tha?”)

And while coloring, you can say “What color do you want?”
Ay-ya lown bid-dack?” (to a male)
Ay lown bid-dick?” (to a female)

To answer for your child or confirm what they said you can say:
“This color is . . . “haa-tha lown [color here]”.

Keep your eye out for other color-based activities and games that might already be around your home!

More to Learn about Arabic Colors

A FEW EXTRA COLORS and SHADES:

Here are some other colors that I have come across in Arabic books and songs:

In Arabic, there is no indefinite article, it is assumed. To make a noun definite you add alef laam (ال) to the beginning.  Any subsequently adjective that is used directly with the noun also needs the definite article (ال) attached.  See these examples:

The verb “to be” is often implied so when you see the definite article alef laam (ال) with only the noun and not on the color:

“the house is blue” would be “al bayt uzzra”

If you like this, consider taking Arabic 101 at a local community college! – Arabic is a lot of fun!

WAHOO! A TASTE OF ARABIC COLORS

Arabic Colors are a lot of fun too, and I’m hoping you found at least one way to share the Arabic colors with your child and learn the colors in Arabic together. If you are interested in more be sure to check out the rest of the Arabic series here on Bilingual Kids Spot and more at ArabishWay.com

Il-lall-lay-qaw’ – Until next time
Laila