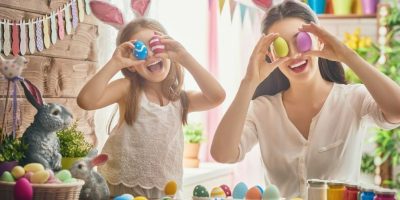 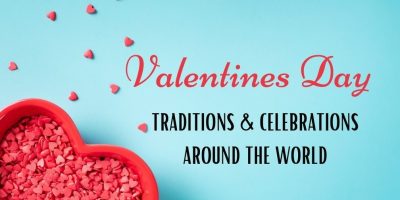 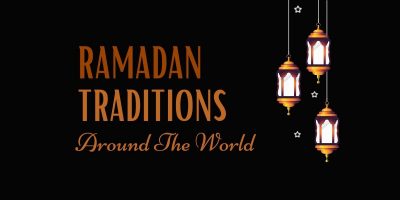 New Years Around The World

One of the most well-known New Year traditions in Italy is that you are supposed to wear something red (usually underwear) because it is said to dust off the negativity and bring you luck in the new year. The red garment though, needs to be a gift from someone else, you can’t have brought it yourself otherwise it is cheating. The Italians are all about giving.

Many people celebrating the New Year around the world will do so with a glass (or a bottle) or wine. But did you know the tradition in Spain is to eat 12 grapes at midnight on New Year’s Eve? Each grape represents a wish and it is said it will bring good luck in the new year.

New Year’s traditions in Denmark are celebrated by gathering in masses to bring in the new year. They throw cutlery on your friends’ doorsteps to banish the “bad spirits” and leap into the new year jumping off chairs and tables for good luck.

New year celebrations in Ireland start with cleaning the entire house and then the gardens and cars. The Irish celebrate with friends and family and when midnight arrives the new year tradition is to throw bread at the walls, which sounds a little crazy, but it is said to chase away the bad luck

One of the New Year’s tradition in Scotland is first footing. This is where the first person who gets to a person’s home after midnight should bring a good luck gift. (usually shortbread, whiskey or coal for the fire. Showing up empty handed would be quite rude, and of course bad luck!

In Greece one of the most popular new year traditions is to hang and onion on your door (usually with the bulb wrapped in foil) as a symbol of rebirth for the New Year. At midnight it is taken down, and then in the morning, parents are said to tap an onion on their kids heads to wake them up and go to church!

Germany has one of the biggest New Year’s celebrations in Europe. They love a good beer, or even a sparkling wine. Feuerzangenbowle is the must have drink and there is a lot of fire and theatrics to go with it too.

One unique New Year’s Eve tradition in Germany is Bleigießen which is literally translated to “lead pouring” where you melt small pieces of lead over a candle and then pour it into a bowl with cold water.

One of the strangest New Year traditions around the world is in Switzerland, where they like to drop whipped cream on the floor and leave it there. It is supposed to mean richness in the coming year.

In Estonia they love to eat on New Year’s Eve where the tradition is to eat a lucky amount of meals. This means either seven, nine or twelve! It is said that the more you choose, the more strength you will have in the New Year.

New Years Eve in Australia is celebrated in the peak of summer so the weather is usually quite warm. Family and friends gather during the day relaxing, eating, and drinking. At midnight in most parts of Australia the fireworks go off, and in the larger cities such as Sydney and Melbourne there is usually a fireworks spectacular in the city which draws large crowds.

New Year Traditions in the USA

The US has some of the biggest New Year celebrations in the world letting of fireworks and celebrating all through the night. Their most famous tradition though is watching a 700 pound ball drop at Times Square just before midnight and giving those close to you a midnight kiss.

One of the quirkiest new year traditions around the world is in Colombia, where they carry empty suitcases around the block. This is supposed to promise a year of travel ahead. Like in some other countries they also eat 12 grapes at midnight to bring in luck for the new year.

New year traditions around the world don’t get much more unique than in Mexico where they throw buckets of water out of their windows to sweep out the old year. Families then sweep coins into the house to bring in good fortune for the new year. A Mexican New Year’s Eve celebration is full of fireworks, dancing, good tequila and a lot of food.

In Brazil, wearing white to bring in the New Year is the go, as it is a sign of peace and prosperity. As New Year’s Eve is celebrated during summer, the weather is warm and many head to the water. Families will make small paper boats and set them off in the ocean. Another popular New Year tradition is to jump over seven different waves while making wishes.

Certainly one of the most unique New Years around the world is in Chile where they sleep at the cemetery to spend the night and honour their deceased love ones. Families usually bring food and drinks to celebrate, while they light candles and decorate their loved-ones’ graves.

New Year’s Eve in Canada includes fireworks and lots of live music. There is also the popular polar bear plunge where you head out for a swim into the freezing cold water to raise money for charity.

Chinese New Year is celebrated on a different day each year, usually in late January or early February. Chinese New Year traditions include lots of the colour red. Their doors are painted red, they decorate and hang red lanterns, and even give out red envelopes of money and exchange Chinese New Year wishes. The colour red is believed to keep Nian, a notorious lion monster, away because he is afraid of red.

New Year Traditions in the Philippines

In the Philippines, many families celebrate by eating exactly 12 round fruits at midnight. Before the clock strikes though, they open up all of their windows, doors, cabinets, and drawers so that all of the good luck to enter for the new year.

Oshogatsu – New Year’s Eve in Japan, is celebrated with 108 rings of the bells which is supposed to mean cleanliness for the new year. The tradition is a three-day festival of food and games, and spending time with family and friends. Similar to China, envelopes with money, or small gifts are given out to children.

Certainly a unique New Year tradition around the world is in South Africa, where on the last day of the year, people throw old furniture and appliances from windows in tall buildings. It is said that this helps to bring in a bright new year.

The Nigerians celebrate New year’s Eve with huge parties with friends and family where they exchange wishes and gifts, (sometimes money). The main New Year’s tradition in Nigeria is the throwing of the Banger, which is similar to fireworks in other parts of the world.

South Korea is known for their “sunrise festivals” on New Year’s Eve where people stay up to watch the first sun rise of the New Year. It is said that if you make a wish as the sun rises, it will come true in the new year. In South Korea they also write their wishes and put them in balloons or lanterns then release them into the sky.

The Jewish new Year, Rosh Hashanah means “head of the year” and is celebrated in many countries around the world around September. The festival is held on different days each year and lasts for two days to celebrate the creation of the world and making a fresh start.