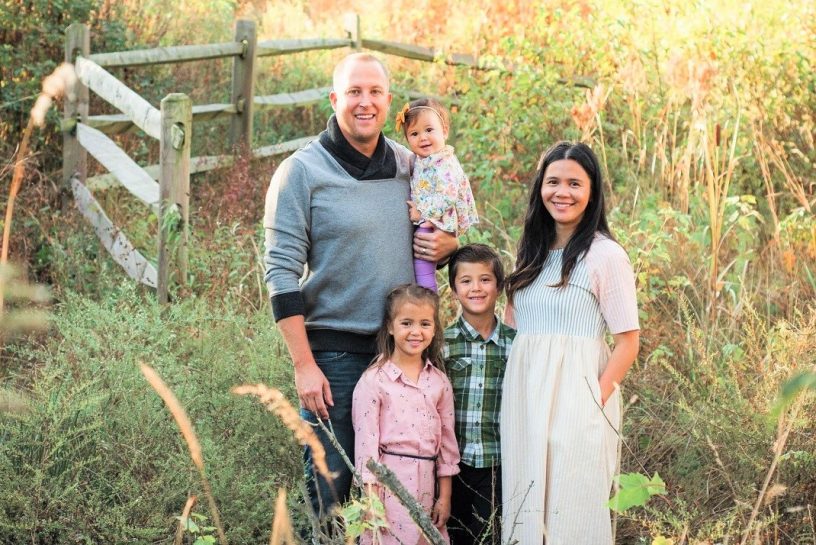 Parents raising bilingual kids will all have different experiences depending on their personal situations. Many will claim it is easy, but one multilingual mum shares below the difficulties she has had trying to raise her children with multiple languages in the US.

How hard can it really be to raise bilingual kids?

When I was about sixteen years old, my family sat behind a family of six one Sunday morning at our Church building in a small town in Norway. The mum was British, and the dad was Norwegian. She spoke to them in English; he spoke to them in Norsk.

It was fascinating to my parents in particular, because though they know being bilingual is completely attainable — after all, my siblings and I were fluently trilingual — they were impressed knowing that those kids didn’t need to be taught by a language tutor or teacher like my siblings and I did when learning English and Norsk.

While my parents gushed over this family, my sixteen-year-old self thought how hard can it really be to raise bilingual kids?

Fast forward to sixteen years later, and I now have three children of my own. I’m a Filipino from Norway, who’s married to an American. I speak fluent Tagalog, Norsk, and English; while my husband speaks fluent Tagalog and English.

How hard can it really be to raise bilingual kids?

Turns out, quite difficult indeed.

Many people, whose kids are bilingual, claim it’s not that difficult.

Here in America, there’s a great number of Hispanic and Latinx kids, who speak their mother tongue (mainly Spanish) and English fluently. They are often translators to their family members, and can easily interchange between their two main languages.

However, my experience was very different. I found that raising bilingual kids had challenges and difficulties I did not foresee.

Now with my oldest being 8, and my youngest being 19-months-old, I’m sharing a few tips on how to tackle the obstacles I personally faced raising bilingual kids.

If you want to raise bilingual kids, make sure to have the talk with your partner or spouse long before you’re pregnant with your first child and decide that you want a bilingual household.

My first mistake was deeming this part as completely unnecessary and obvious. Obviously, my husband and I will be speaking Tagalog first, then English second.

But really, what does that mean?

Obviously, it would be easy to speak Tagalog, and we’ll obviously be able to keep at it. Obviously, our kids will be bilingual in no time.

Because we hardly spoke about our plan, and because after five years of living in America and speaking 95% English all the time, English rolled more naturally off my tongue (prior to this, I was speaking only Norsk for seven years.)

I had a hard time speaking Tagalog to my young and eager first-born even though I was a native Tagalog speaker.

It didn’t quite sound as natural to me anymore.

Had we made a conscious and firm decision, I would have felt better prepared and more determined to speak Tagalog in spite of the unnaturalness until it became natural again.

Don’t give up so easily

Because I felt awkward speaking my mother tongue, I gave up.

It’s quite sad, I know. I was devastated, as I watched my son start speaking in English effortlessly, knowing I could have given him the gift of speaking more than one language.

As the years passed, my motivation dwindled. Then, my daughter was born and I was once again enlivened to have a bilingual household.

It’s never too late to introduce a new language to your children. After all, children are sponges that absorb information much quicker than adults.

So, I did better this time. I spent the last couple of years thinking about what I could have done differently, and I spoke at lengths with my husband about it.

We had a plan. We executed our plan. But we didn’t see the results. Not right away at least.

Be Patient, It Takes Time

Teaching children more than one language is hard work, and hard work takes time. You won’t see the fruits of your labor for months, maybe even years.

On my second try in fostering a bilingual home, I was more conscious and deliberate in speaking Tagalog to my children. I spoke to them day in and day out. Even when I was struggling to remember words or my sentences were slightly grammatically incorrect, I persevered.

My son would get frustrated and tell me he didn’t understand. Instead of reverting to English immediately, I would simply repeat my words slowly, and use my hands to point or act out what I’m saying. Sometimes, I’d have to do this a couple of times before he would get the gist of what I was saying.

Fill your kids’ home library with books written in the languages you want them to learn. I ordered Tagalog books online, and my mother would occasionally send Tagalog books to the U.S. whenever she went to visit the Philippines.

If our kids ask to watch a show, we would put on Tagalog cartoons or educational Tagalog shows online. In the mornings while I make breakfast and they’re playing, I would stream Tagalog music.

For naps and bedtimes, I would sing them Tagalog nursery rhymes or my favorite Tagalog songs. I would also tell them bedtime stories from my childhood in Tagalog. If I made my storytelling animated enough, they understood the stories better.

Outside when we play, I would teach my kids childhood games I played when I was growing up in the Philippines. Not only are they hearing me explain the game in Tagalog, but they’re also learning new terminology that they can actually use during the game; and thereby, practice new words.

Consistency truly is key. The more words you use, the larger your kids’ vocabulary will be. The more often you use those words, the faster their grasp of the word usage will be.

Even when we’re around others who don’t speak Tagalog, I still speak to my children in Tagalog. I want them to know that it’s okay to speak in a different language, and it’s okay to be different.

My first attempt in raising my son as a bilingual wasn’t at all fun. I was struggling and I was frustrated. I wanted results right away, and the results weren’t immediate.

On my second attempt, though I was more focused and undaunted by the task, I also made sure to have fun. Being carefree was the only way I didn’t feel stressed out that my efforts would be in vain.

And being carefree ensured that I unconsciously found it easier to speak my native tongue and to come up with unique ways to explain and help my children understand me in conversations.

I was cooking dinner one evening when my son, who was six at the time, approached me. “Gusto ko po ng snacks at tubig,” he said. My eyes grew wide and I screamed in delight. He felt self-conscious, but I assured him he said everything perfectly.

My son politely told me in Tagalog that he wanted snacks and water. I told him how happy I was that he finally spoke Tagalog to me rather than English.

He wasn’t completely conversational yet, but it was a small step towards my goal. My daughter, on the other hand, is more conversational than my son, but she would still opt to respond to me in English. With a little reminder, she would speak in Tagalog.

My littlest one, I have noticed is the slowest to speak. She can only say a few words and half of those are our names. However, she’s my only child who went up to me, pointed at her bottom, and said baho — the Tagalog word for stinky.

It’s taken my children longer than others, who are being taught by their parents or caregivers another language or two, to be bilingual. It’s partly my fault considering I wasn’t consistent enough, and I had my own obstacles I couldn’t seem to tackle at the time that hindered my will to persevere.

Nevertheless, and if there’s anything to take away from my experience, it’s never too late to start. You’re never too young to learn. And you’re never too old to learn something new.

Author: Regine Orme is mother of 3 raising multicultural kids. Originally from the Philippines, Regine moved to Norway with her family at 14 years old. She graduated with a BA in Psychology in Brigham Young University-Hawaii where she met her husband. They have been living in Washington, DC for the past 7 years.