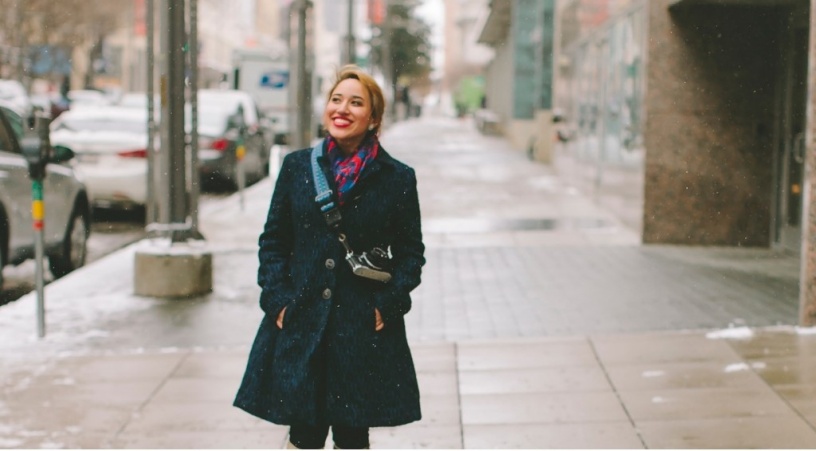 What is the difference between Hispanic and Latino? What does Hispanic mean and what does Latino mean? What about other words such as Latinx and Chicano? Often there are different opinions and people can get confused when questioned about Hispanic vs Latino.

In this article we will go through the definitions of Hispanic, Latino, Spanish, Latinx and Chicano. Then talk about what it means to be Hispanic and Latino, and any similarities and differences between them.

“Are any other Spanish people coming?” my friend asked, referring to our Spanish-speaking friends. “Nope, we don’t know anyone from Spain,” I snidely responded. “You know what I mean…What am I supposed to call them?” she asked, her voice tinged with annoyance and desperation.

If you are in the same boat as my friend, and feel tongue-tied each time you want to refer to a Spanish-speaking person, rest assured that you are not alone.

The good news is clarity lies in the near future. Keep reading to learn everything you need to know about the Hispanic vs Latino argument and all the terms in between. In addition, I will teach you how the terms overlap and how to use them correctly.

Hispanic vs Latino: What does Hispanic mean?

Where did the term “Hispanic” come from?

The term first appeared in the 1970s on the US Census as a way to categorize Spanish-speaking residents. According to Sociologist G. Cristina Mora, in her book Making Hispanics, businesses, the media, and politicians also began promoting the word Hispanic as a way to group their Spanish-speaking audience together and gain more traction.

However, not everyone was so keen on the term. In his article, “Why You Should Give The Term “Hispanic” The Middle Finger” Juan Arredondo says he abhors the term Hispanic because it represents the 1492 Conquest of the Americas and the bloodshed that ensued while the land was being robbed from the natives.

Due to the unrest over the term Hispanic, the term Latino appeared shortly after.

Hispanic vs Latino: What does Latino mean?

The word Latino (for males) or Latina (for females) generally refers to someone from Latin America. According to Mintzi Martinez-Rivera, the Associate Director of Latino Studies from Indiana University, the term Latino technically refers to “any person of Latin American descent residing in the United States.” Latin American, on the other hand, is the correct term for someone who currently lives in Latin America.

What is Latin America?

For a full list of countries in Latin America, see Encyclopedia Britannica.

Where did the term Latino come from?

According to Dario Fernandez-Morera, Associate Professor of Spanish & Portuguese at Northwestern University, Latino is a Spanish word, meaning Latin, which was adopted into the English language.

The term originally meant “someone belonging to the people of ancient Latium, in Italy, whose language was Latin”. Another definition of the word is someone who speaks a Romance language, or a language that originally derived from Latin. The Romance languages are Italian, French, Spanish, Portuguese, and Romanian.

However, once the English language adopted the term “Latino”, the definition narrowed. The US Government adopted the term in 1997 to compliment the term Hispanic. They use the term Latino to categorize Spanish speakers from Latin America.

Do all Latinos speak Spanish?

Technically, no. If you are using the original meaning of the word, Latino includes anyone who speaks a Romance language. If you are looking purely at geography, those from Latin America, the answer would still be no. There is a wide variety of languages spoken within Latin America.

For example, in Belize they speak mainly English. In Brazil, they speak Portuguese. In Haiti, they speak French and Creole.

However, the US version of the word “Latino” does refer mainly to Spanish-speakers from Latin America.

What does Latinx mean?

If you spend much time exploring the Spanish-speaking world, you will probably run into the term “Latinx” or see words written as ellxs instead of ellos (them). Latinx is a gender-neutral term to replace Latino/Latina that began appearing online around 2004 and is gradually becoming more common in written publications/

Em Elves told Latina that Latinx is a way to embrace “the rich and beautiful culture of our people, while rejecting the gender restrictions of the generations before us.”

However, not everyone is in favor of the Latinx movement. Daniel Hernandez from the Los Angeles Times points out that completely removing gender from the Spanish language is nearly impossible. Instead of “amigos”, you have “amigxs”. How exactly would one pronounce amigxs? The jury is still out on that one.

Although it is good to know the meaning of Latinx to avoid confusion when you see it, you probably do not need to drive yourself crazy trying to incorporate it into your speech just yet.

What does Chicano mean?

Chicano is a synonym for Mexican-American. Chicano refers to a United States citizen with Mexican ancestry. The term was popular around the 1960’s but was quickly overshadowed by the terms Hispanic and Latino.

Some people, like actor Cheech Marin, still use the term because they feel it more accurately describes them than Hispanic or Latino.

No, no, no. Please do not do that. Although Spanish is a nationality and a language, you can only label someone as Spanish if he or she is from the country of Spain. You may call a Spanish-speaker just that, a Spanish-speaker, but that does not make them Spanish.

Take English for example. You would probably not refer to an English-speaker as English. You would label that person based on where he or she was born: British, American, Australian, etc. The term Spanish works the same way.

Can someone be both Hispanic and Latino?

Yes, someone can fit both categories but that does not make the two terms interchangeable.

Take Sofia Vergara for example. Vergara was born in Colombia but is currently living in the United States. Therefore, she is Latina because she is from a Latin American country. Since she is from a country that is mainly Spanish speaking, she is Hispanic as well.

On the other hand, Marcos Alonso Mendoza who is from Spain, does not fit both categories. He is Hispanic because he is from a Spanish speaking country. However, he is not Latino, because he is not from Latin America.

Cris Cyborg, who is Brazilian, is Latina because she is from a Latin American country. However, since she is not from a Spanish-speaking country, she is not Hispanic.

Hispanic vs Latino: Which term is “correct”?

Keep in mind that many Spanish-speakers are less than thrilled by these labels. Both terms group together a wide range of people with little in common other than geography or language.

In a survey done by Pew Research Center, they found that only 24% percent of adults prefer to be labeled as Hispanic or Latino.  Surprisingly, 33% of those polled preferred Hispanic and only 14% prefer Latino.

Therefore, if you truly want to be politically correct, take the time to find out where the person is from and ditch the Hispanic vs Latino debate all together. Label the person by their nationality instead of the language they speak or the geography of his or her ancestors.

The Hispanic vs Latino Summary

This is a big topic, full of a lot of confusing information. In case the difference between Hispanic vs Latino still feels a little fuzzy, here is your three-point cheat sheet:

This YouTube video with Kat Lazo explains the difference between Hispanic vs Latino.

This comic by Terry Blass also provides a simple visual explanation of the difference between Hispanic and Latino, and how the two terms can overlap.I

If you are interested in learning more about the history that led to so much emotion around the Hispanic vs Latino debate, check out Latin History for Morons for an entertaining yet informative explanation of the past 3,000 years.

Author: Vanessa Ruiz is a language lover with a BA in Spanish and English as a Second Language. When she isn’t working to support immigrant families their efforts to raise bilingual children, you will find Vanessa writing or playing with her own bilingual child.