How Multilingualism Led Us To Homeschool Our Kids

How Multilingualism Led Us To Homeschool

Ronni is a Speech and Language Therapist specialising in bilingualism. She lives in England with her Turkish Kurd husband and their three young children. Her multilingual family speak English and Turkish at home and are learning Arabic as a third language.

The effects of school on bilingualism

Raising multilingual children can be difficult. It takes a lot of motivation, determination and hard work. You have to be constantly thinking of ways to keep up with the minority languages when there may be very few other speakers around. Parents usually manage this well before their children start school. One or both parents simply speak the minority language to the children from birth and, as long as this is maintained, the children will start to speak that language fluently before they start school.

But what then? They start school and things quickly start to change. The change in language environment causes changes in the children’s speaking habits. They may no longer want to speak the minority language. And for good reason.

They begin to understand that the other children in their class do not speak their home language. They realise that their classmates will not understand them and they may even feel embarrassed about speaking it in front of them, even if it is to talk to their parents. While this is quite normal and understandable behaviour, it can be frustrating for parents who no longer hear their children speaking their native tongue. They may search for ways to change the situation and may consider homeschooling an option and way of keeping their native languages alive.

Making the decision to homeschool

We did not originally set out to homeschool. In fact, I had not considered it at all before my eldest child was about three years old. At the time, we had been living in Germany for around six months and I thought it was time for my daughter to start Kindergarten. However, when I enquired about it, I was sadly disappointed. The waiting lists in our local area were between 500-700 children long! If we stayed here, my daughter was unlikely to start school until the age of seven, the age at which schooling becomes compulsory in Germany.

I started to look for alternatives and started to read about homeschooling. After the first book I read I was hooked. This seemed like the perfect solution. I would homeschool my child until she was able to attend school.

Soon after this we moved back to the UK. I had read plenty of research about school starting times and realised that the UK has one of the earliest starting ages. I had learnt that starting school at such a young age was not necessarily good for a child. They do not really need to start formal education before the age of seven, the age at which they become cognitively ready and able to learn. Four years old, the age at which children start school in the UK, just seemed far too young. We decided to keep our daughter at home for the first year and send her a year late when we felt she was more ready to learn. 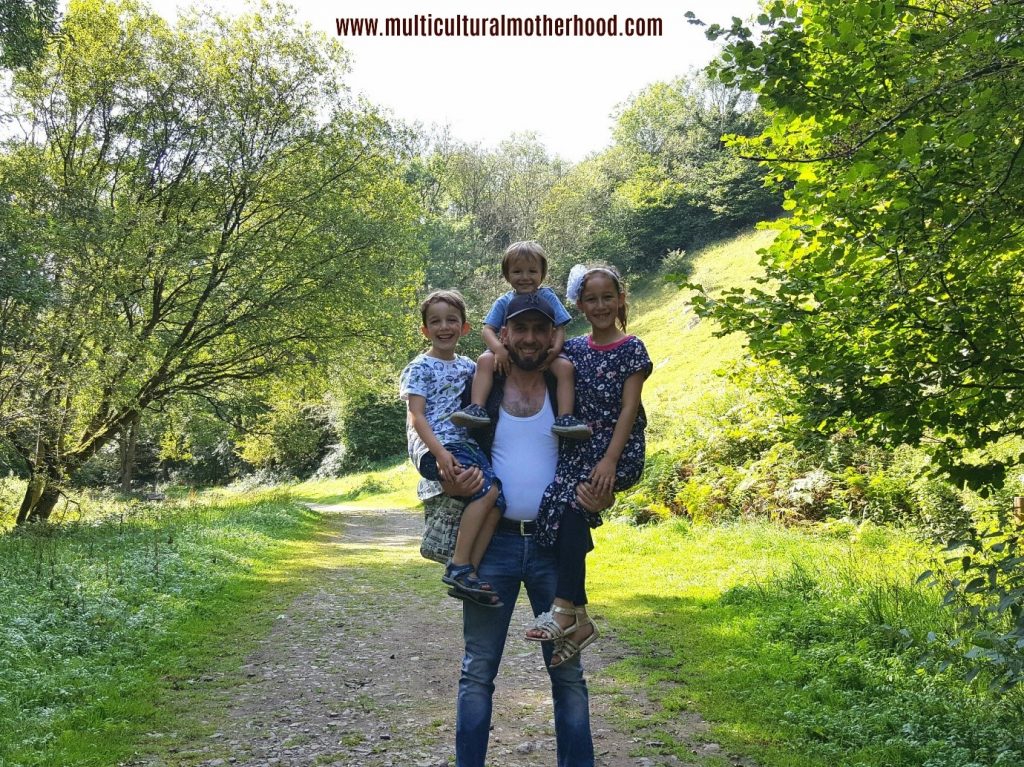 At the age of five and a half, my eldest started school. She enjoyed it but was very tired at the end of each long school day. We kept up the language learning at home, but of course English became much more dominant.

Soon we hit a new problem; weekend language schools. At the age of five, children are often able to start attending weekend language schools. We decided we would like our daughter to attend as a way of mixing with other children and adults who spoke, or were learning, the same languages as her. However, this was problematic as we learn two minority languages at home meaning she would have to attend languages schools on both Saturdays and Sundays, as well as attending normal school five days a week! This was far too much, and we knew it.

We asked her school time and time again to allow us to flexischool. Flexischooling is when children go to school part of the time and are home educated some of the time. People can do this in a variety of ways and it usually depends on what and if the school allow it. We wanted a whole day off during the week at least, preferably more. However, the school would not allow it. They authorised our daughter to have a half day on a Friday. This meant she would go in for the morning and be picked up at lunchtime.

We tried this for half a school term but we knew it was not working, it was still too much.  We tried it for a half term but still it did not work for us. Having the afternoon off did not make much difference.. All the hard work is usually done in the mornings and the fun activities are done in the afternoon. Our daughter not only felt extremely tired, she also complained at missing all the fun stuff such as art and sport.

In the end we decided to remove her from school completely. We felt it was more important to concentrate on the languages while she is young. This is the age which is crucial for language learning and we want to make the most of it.

One of the other main benefits of homeschooling multilingual children, is we are able to go abroad, to the countries our languages are spoken, as often as we like. When children go to school, they often only get to go away during the school holidays which does not allow families to spend time abroad immersed in their target language environment. In the UK, it is very hard to get authorised leave from school, even for multilingual families who would like to spend time visiting family abroad.

Now we are free to go abroad whenever we like and stay for as long as we like. Extended periods in the target language country do wonders for a child’s language skills. Even after a few weeks they start to speak and understand so much, but the more time spent in that environment the better.

Incorporating language learning into our homeschool 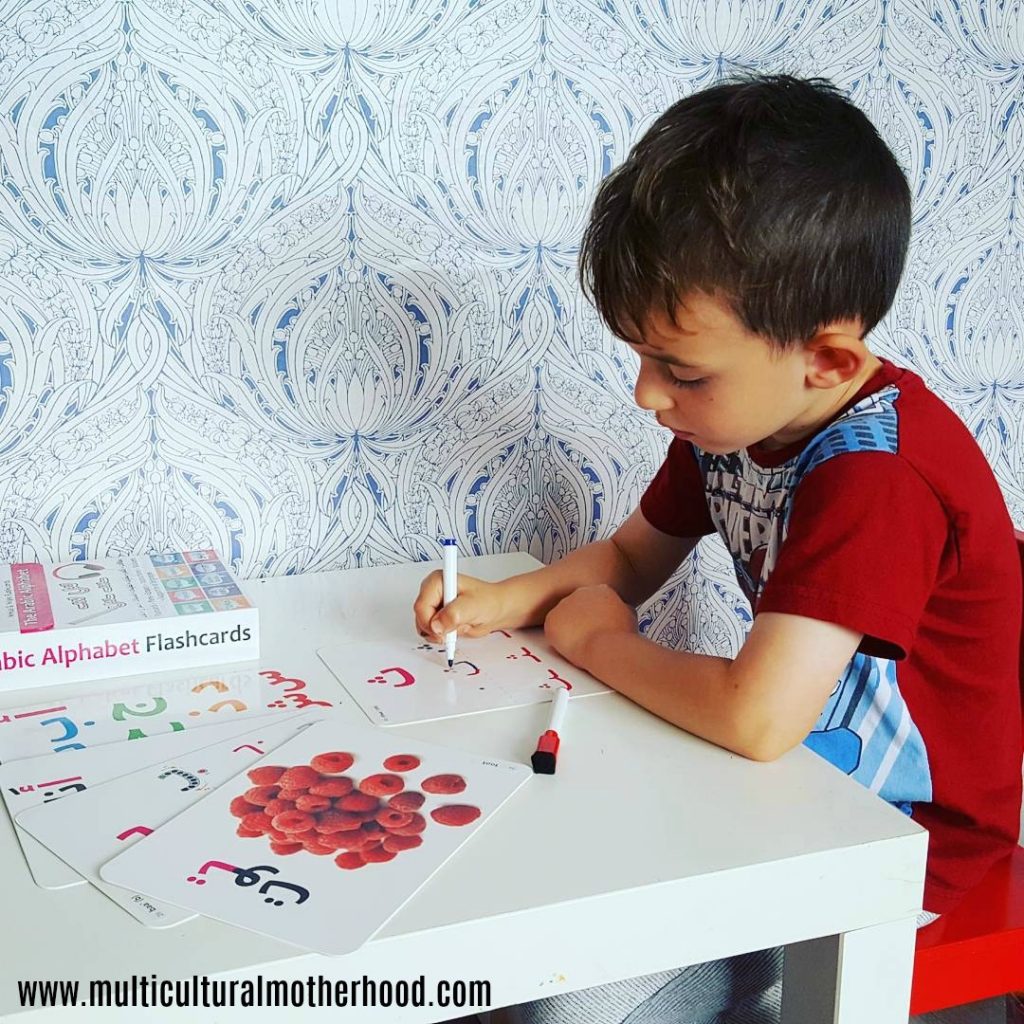 As language learning is one of our main reasons for homeschooling, it is important for us to do it often. As my children are still young we do not spend long periods each day on one subject, little and often is best.

Turkish is one of our home languages and the children learn this with their father, a native Turkish speaker, in the evenings when he comes home from work. We also let the children watch Turkish children’s programs, usually on YouTube.

At least once a week, I will do a more formal Turkish lesson with them making sure they know certain vocabulary by topic. We do this in a very creative way using arts and crafts, games or roleplay. I believe young children learn best through play. The children also attend Turkish school on Sundays which is a good opportunity for them to socialise with other Turkish children.

Arabic is our foreign language, as none of us are native speakers. Therefore, we need to learn this as a foreign language. The children have a one-to-one Arabic lesson with an Arabic teacher once a week. They also go to Arabic school every Saturday. Then during the week, we go over what they have learned in their lessons to reinforce it. Apart from games and crafts, we also use resources such as flashcards and online language games to aid the children’s language learning.

Here in the UK, it is not necessary to follow any curriculum for homeschooling, therefore, we not use any except for mathematics and history. I do not believe curriculums are necessary for most things and language learning is best done in a natural way, if possible, as context is such an important part of language learning. I would like to find an Arabic curriculum for the children, just as a guideline of what to learn, but unfortunately I have not been able to find anything suitable.

We do not know if we will homeschool all the way through until our children reach university age or if they will go back into the school system at some point. The good thing about homeschooling is the flexibility. We can send our children to school at any time if they wish to go. However, right now, we are all enjoying our homeschool lifestyle and making language learning one of our biggest priorities while the children are young enough to benefit most.

You can read more about Ronni’s multicultural family on her website, Facebook, or Youtube channel, where she shares articles on homeschooling, bilingualism, and speech and language issues.

This post is part of the Bilingual Kidspot Multilingual Families Series. Are you raising a bilingual child? Subscribe for related articles. Follow Bilingual KidSpot on Facebook and join our online community and support group. 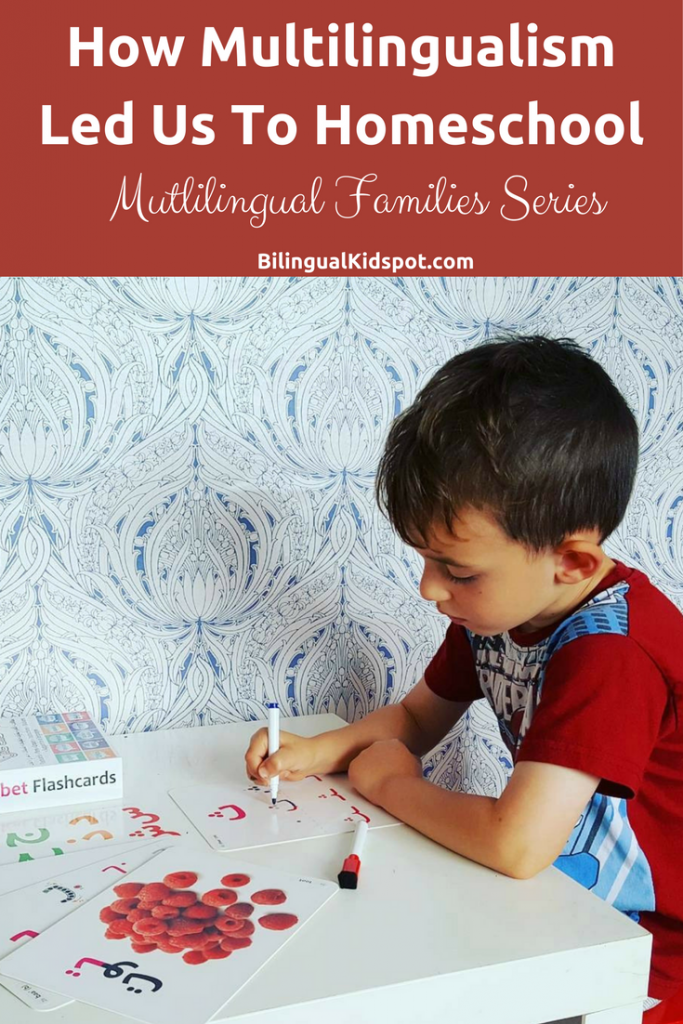