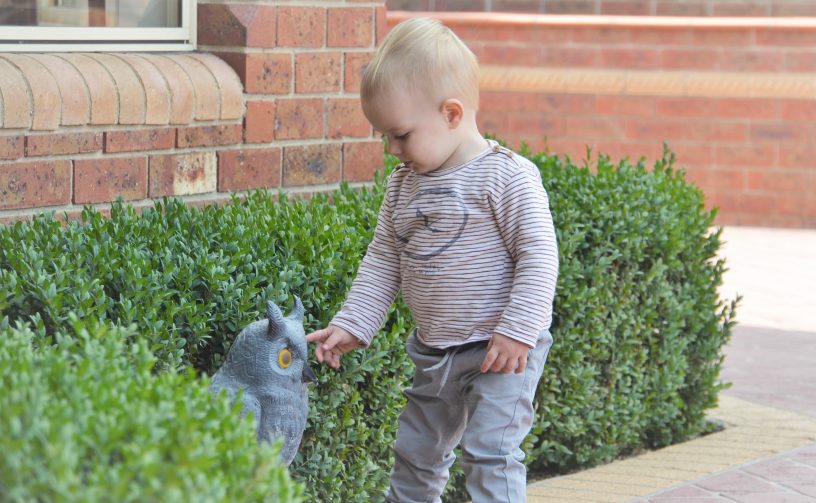 Late Talkers: What you can do if your toddler isn’t talking yet

Are you worried about your child not talking yet? Do you think that they should be? Well, they may just be what you call a late talker. Late talker’s are actually more common than most people think.

Speech and Language Therapist Mary Pat O’Malley is here today to answer your questions about kids who are “Late Talkers”.

In this article the following questions will be answered:

So, you’re wondering why your child is not talking yet, or is late to talk, and you want reliable information on what’s it’s all about.

In this post, I’m going to answer your questions about late talking using the most recent and dependable research.

Please note that individual experience does differ from family to family, however if you’re worried, it’s important to acknowledge that feeling and take action.

What is a Late Talker?

So what is a late talker? Well, to answer this question, first you need to know about comprehension and expression.

Comprehension is what a child understands. You say ‘Get your coat and hat and scarf’ (without pointing to them or without having said ‘We’re going for a walk’) and they go get them for example.

Expression is what they say- the words they use- not how they pronounce them but words and phrases like: mama gone, look mama, birdie and so on.

Leslie Rescorla, a researcher in this area, says expressive language delay is like fever. It’s a symptom found in many conditions. Just like children with hearing loss or cleft palate. That makes diagnosing Later Talkers challenging. But here we’re talking about Late Talkers who don’t have other conditions like Autism or Down Syndrome.

When is a child considered a Late Talker?

Basically, children are considered late talkers when they are between 18 and 35 months old, they understand what you say to them BUT they have limited expressive vocabulary.

This means that they don’t use a lot of words or a lot or different words and word combinations.

To be considered a late talker, all other areas of development need to be on track. Things like their play development, when they started to walk, their hearing, and so on.

So if you’re child’s development in other areas are on track, but is not talking yet, this could a reason why.

However, as we know, life isn’t always as straightforward as the research and some late talkers might have a delay in understanding as well.

Basically, if your child is 24 months old and does not yet use 50 words, they’d be considered Late Talkers.

Elizabeth Peña, another established researcher, says that between 18-20 months, you should expect your child to be using AT LEAST 10 words and those words would be distributed across the languages for bilingual kids. So they might have more words in one language than the other. It’s the total amount of words you’re interested in.

When do children usually say their first words?

First words usually come any time from 8 – 15 months depending on what you read.

At first, growth is slow with 18 month old children learning about 10 new words per month.

Don’t get too hung up on the numbers though. There’s so much variation between children when it comes to early language development that there are only rough guides.

It is also important to think about what they’re using the words for. It’s all about communication- so are they requesting something like tickling to be repeated or stopped? Are they protesting, rejecting something, commenting? And so on.

Between 17 & 20 months, there’s a rapid vocabulary spurt as they approach the 50 word mark and they learn several new words daily. Most of the ages and stages that you come across are based on monolingual children but the milestones are similar for bilingual children.

Children make progress at different rates but it is important to see steady progress.

How common is Late Talking?

Again, estimates vary but about 15% of children at the age of 2 present with slow onset and development of their expressive language.

Do children grow out of it?

Late Bloomers is the name given to children who catch up in the 3-5 year old period.

BUT there’s research showing that children who had expressive language delay between 24 and 31 months of age had weaker language skills throughout their adolescence. Even though they had language scores in the average range, they were still performing more poorly than their peers on vocabulary, grammar, and verbal memory.

There’s also research showing that where children have delays in understanding and expression together, they can struggle with learning to read.

You can’t know in advance if your child’s going to be a Late Bloomer. It’s definitely not a good idea to take a chance on the possibility of them growing out of it.

It’s hard to predict who will grow out of it and who won’t.

The children who are at greatest risk for not growing out of it are those where there’s a family history of language delay, where their comprehension is also delayed, and where they use few gestures.

Why do some children start to talk later than others?

There is currently no clear answer to this question yet. Early language development varies from one child to another.

But, things that Late Talkers tend to have in common are things like a family history of early language delay, being a boy, being born at less than 85% of their optimal birth weight or at less than 37 weeks of pregnancy.

Is my child a late talker because we speak more than one language?

More people in the world speak two languages or more but most of the research tends to involve children who speak one language.

What’s important is to profile what languages your child is exposed to, who they speak them with and a rough idea of how much exposure to and use of each language is typical your child.

Please don’t compare the development of your child’s languages to that of other children. For bilingual families, each family is unique and comparisons are not helpful unless the language environment and experience is the same- and that’s unique to each child.

And don’t compare them to monolingual children either- it’s not a legitimate comparison.

Elizabeth Peña says bilingualism is like cake. If you make raspberry-apple cake for example, both flavours are unique and together they enhance the flavour of the whole. The cake isn’t one or the other- it’s a unique combination.

If you have a bilingual child, check out our raising bilingual kids post.

When should I see a speech -language pathologist (SLP)?

The Hanen Centre, which is based in Canada, suggests that your child needs to see an SLP if:

It’s never too early to see an SLP really, especially for your own piece of mind.

We can assess children from a very young age. And it’s better to be referred and not need the referral than need it and be stuck on a waiting list.

Please listen to your instinct and ignore comments like ‘Oh he’s too young to see an SLP’. That’s just not true! And the outcomes for children where the diagnosis is made later are not as positive as when the problem is identified early.

Ideally you want an SLP who has experience of working with bilingual families. If that’s not possible, read this post before you go so you’ll be prepared and know what to say.

What can you do to help Late Talkers?

1.Get a referral to an SLP

Preferably one who is experienced in working with multilingual families. Don’t accept advice to drop a language- this suggestion is not supported by any research and is not best practice. Don’t feel under pressure to follow a one person one language approach either, as this isn’t the only or the most effective way to nurture multilingual development and it can feel somewhat unnatural.

2. Get your child’s hearing checked

Just to make sure it’s as it should be. You never know.

If you’re worried that your child’s expressive language is not progressing, set aside some one on one time where your sole focus is on interacting with them.

In this 30 minutes, you want to observe them closely and see what are they interested in? What are they looking at? Playing with? Children’s language develops better when we give them the name for the thing they’re looking at or the action they’re doing than when we try to direct their attention to what we’re interested in.

So it should sound something like: Oh, you’re walking to the sofa. Plop! You sat down! And not like this: Look Jamie, here’s a book. Look at the book. This small action consistently taken will make a difference.

Check out this post on more ways to get your toddler to talk.

Now don’t panic- it doesn’t have to be anything fancy- just somewhere you can write down how they communicate. So it can be they use their whole body- they move away to say I don’t want that. Or they use a word with a gesture like shaking their head and saying No.

You also want to look at what they’re communicating about. These are called communicative intentions and are really important because vocabulary is not enough.

They need experience using the words they’ve got to communicate about what’s important to them. So this includes things like: greeting you when you come home, indicating farewell or goodbye, requesting action like holding his hands up to communicate Pick me up, rejecting something, commenting. These can be done using words or gestures or whole body movements. You want to see new words appearing over the course of a month.

5. Look at books together.

Reading to children is important. But Look is the important word here- you don’t have to read the book to encourage an interest in books and boost language development. You can find 18 ways to make the most of books with your child here.

Is your child a late talker and you need advice? Please email us at info@bilingualkidspot.com if you are interested in a consultation.

If you’d like more tips about late talkers, speech, language and communication, be sure to sign up at  www.talknua.com.

If you think you have a late talker these related posts on Bilingual Kidspot may be of interest:
Bilingual Kids and Speech Delay
Speech and Language Milestones for Bilingual Kids
Ways to nurture your child’s Language Development