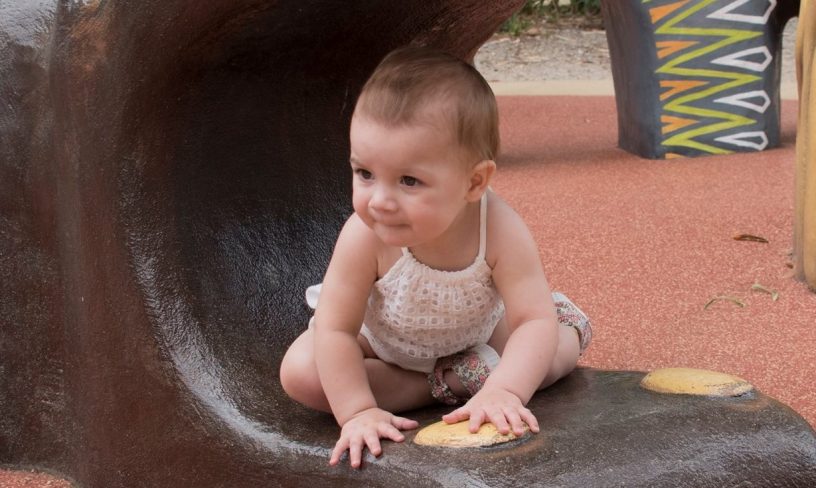 According to a lot of research, the rule of thumb is that children must get around 30% wake time of their language exposure to become proficient in the language. Sounds about right when you first think of it. Bilingual children don’t often have 50/50 exposure to both languages. Most of the time they have a majority language and minority language, so if the 30% is the minority language it can work right?

But what about when the parent who speaks the minority language works full time, and children have limited language exposure. How do they become bilingual?

And what about children who speak multiple languages, three, four or even five? Their language exposure is split.

But it can be done, and has been. There are many families where parents work full time, therefore language exposure is limited, and their children still become bilingual.

And there are many multilingual families with children who speak three or four languages on a daily basis and are able to become fluent in all of their languages as they grow.

In fact I recently reviewed the book “Raising Multilingual Children” where each of the authors, who are researches, are or have raised multilingual children.

The problem with this language exposure rule

The problem with this rule, is that it doesn’t take into account how the time is spent. Many parents think that just because they’re children are exposed to a language that they will automatically speak it, and this is often not the case.

I know multilingual families where the children do not speak fluently their own mother tongue, even though they are exposed to the language daily in the home. Yet I know other children, who have had less language exposure and were able to become proficient speakers.

Quality time is the key. You can be at home with your children “spending time with them”, but maybe you are cooking dinner while they are playing with their toys, the TV might be on and they are distracted.

Or maybe your outside together and there are other children speaking another language so they are concentrating on both.

It’s not about how much time you spend with them, it is about what you do with them during that time.

We are an Australian/Italian couple living in Italy with our two children who are three and five years old. They have been brought up bilingually since birth and both speak Italian and English to a native level. Though their Italian is slightly more advanced, their English is almost as good, despite it being the minority language.

Just before our eldest turned three we introduced a third language, Spanish. Before we did this their language exposure was probably around 70% Italian, 30% English. Since we live in Italy, I am the only English exposure they get, and I am a working mum. Once we started Spanish, a small percentage of the exposure to each language decreased as Spanish takes up on average about 6-8 hours per week, meaning both minority languages are less than the “30% recommendation”

We knew it wouldn’t be easy. We didn’t expect huge results with Spanish, and we did worry about losing their English exposure, but we thought we would give it a try and see what happened. You can read about how we introduced Spanish here.

I would never imagined the progress our children would make in Spanish in just two years despite only having a few hours per week. My eldest, although not yet fluent, has a growing vocabulary and can hold a good conversation. My toddler on the other hand understands a lot. He says a handful of words, and can sings some Spanish songs. He knows the difference between the languages and when to speak which one.

I know we are still early in our multilingual journey, but I can imagine that if we keep this up,  their Spanish will continue to improve, even with their limited exposure.

The point again: Quality language exposure is better than quantity.

Here are some things you can do to ensure your children get enough quality exposure to the minority languages to contradict the 30% exposure rule.

Know what your goal is and how you want to get there. Assess your family situation and how much exposure to your languages your children have.

Plan how you will spend your time with your children so that you can get the best out of that time.

It can sometimes be difficult, but try to make sure to set a side one on one time where you are totally focused on your children, and free yourself from distractions during that time.

Make one on one time count

Making language learning a priority is one of the most important things to consider. If it is important to you, then priorities it. Make sure that when your children are exposed to the language, the the attention is completely on them.

Recommended Reading:
25 Ways to Boost the Minority Language
The Power of Conversation in Language Development

The power of Play

There is no doubt that children learn best through play. Letting them take the lead can motivates them more. I love to organise arts and craft activities with my kids, and they often like to do them together too. However, sometimes I find that just following their lead and letting them teach me, works just as well. For example dress ups and playing pretend is a fun favourite and gets them talking.

When my kids are with their Spanish teacher it is all about play. Singing, dancing, drawing, etc. Play is what motivates children to talk.

There is no need to talk like a child when speaking with our kids. No need to use baby talk and small simple words. Children will use the words and phrases that they hear. So while you may think that some words are too long or difficult to understand, it is not the case. If your children hear those words enough they will start to use them.

Speak in full sentences, like you would to a friend or your partner. Use real words, and real language. Children need to hear proper language growing up so that they can imitate it.

You have probably heard this over and over, and it is probably the hardest thing, but it is the most important. What helps us is remembering the long term goals. Create a great routine in which your children get quality language exposure from all of their languages on a regular basis, even if exposure is limited. Have a strategy that works for you and try to be as consistent as possible to make it easy for you and your children. 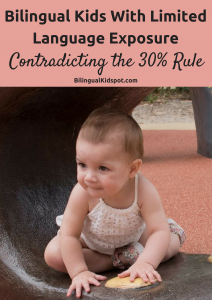