Bilingual Siblings: 5 Factors that can Determine their Language Preference 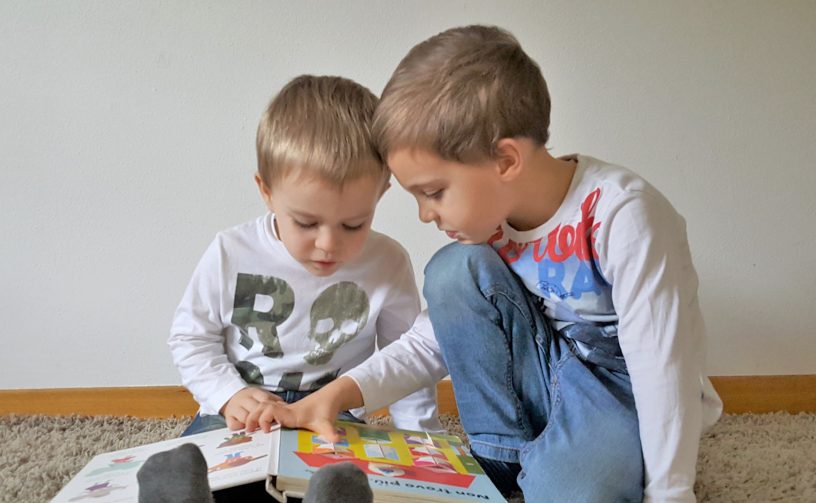 When you have your first child, you are usually able to control the exposure they get to the languages you speak. If one language is lacking, you are able to try to compensate. However when you have a second child it can become a little more tricky, especially if your first is already speaking.

Siblings spend a lot of time together playing and it isn’t often easy to influence the language they will use between them unless you are there with them all of the time encouraging them.

Here are 5 things that can influence the language bilingual siblings will speak together:

1. The majority language usually rules (but not always)

This doesn’t mean however that it is always the case. If for example you are a stay at home parent who speaks the minority language, and your children are still young, they may choose to speak the minority language together because you spend more time speaking it with them together.

My children who are almost three and five now, tend to speak English together when we are playing all together. However I notice when they are playing without me, they usually speak Italian together, which is the community language as we live in Italy. I do try to encourage them to speak English from afar, however unless I am there, they tend to switch to Italian.

3. The language their friends speak

As children get older and start to make friends, the language they use can be a big influence on what bilingual siblings will speak together, especially if the children all play and hang out together.

My children have many multicultural friends who are bilingual (with different minority languages), however together they all speak Italian. When they are altogether they speak Italian together as it is their common language and it is natural for them.

With bilingual siblings, it is often the older child who will choose the spoken language, usually because they have a more extensive vocabulary.  Establishing the target language well with your oldest child could help to influence the language they will speak with their younger sibling.

I see this often with my children. My younger son will follow his older brother and respond in whichever language he is spoken to. I often try to encourage my children to speak English with each other, however it is usually my eldest who is the biggest influence, and he usually chooses Italian if I am not there.

5. Bilingual Siblings will use the language they feel comfortable speaking

Bilingual hildren in general will tend to use the language which they feel most comfortable speaking. With bilingual siblings it is usually the same. As parents we can try to establish a target language between our kids and try to prepare them from the start and do what we can to influence them. However, in most cases they will just speak which ever language comes more natural when speaking with each other, and we aren’t able to do much about it once they get talking. 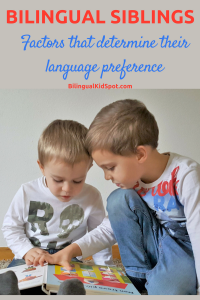