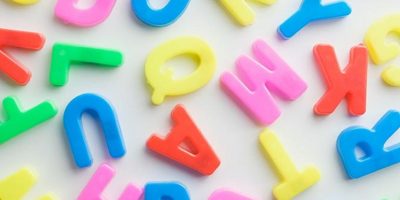 Biliteracy: When should kids start to read and write in their second language?

For parents raising bilingual kids one of the most important decisions you will make is deciding if you will raise your kids to be biliterate as well as bilingual.

Biliteracy is important if you decide you would like your children to read and write in both languages. But you are probably asking yourself when to start.

Well, the answer varies depending on your family situation, and what you as a parent are able to do to help them.

When do children start to read and write?

There are often different answers depending on where you live.

It is common for children in places such as the US and Australia to start learning literacy skills in pre-school.

However, children living in Finland for example, don’t usually learn to read and write until they are about 7-8 years old.

We should read to our children from birth and try to instil a love of books as much as possible.

We should give them pencils and paper to scribble on from very early on to build their motor skills.

However regarding a specific age or time, there are many factors to consider.

Doing fun literacy activities, playing around with letters and sounds from 3-4 years old can be beneficial.

However, some children at the same age may not be interested at all, and forcing them could make them reject it, so then it may be best to wait a little longer.

You know your child best, so you will be able to tell when they are ready.

Can children become biliterate from the start?

There is no need to wait for your child to learn to read and write in their second language.

Most children are able to become biliterate and learn in two languages simultaneously if they have the right support.

Depending on which languages they are learning, there can be more benefits than others.

Learning to read and write with similar alphabets

For languages with similar alphabets, research says that it can actually be beneficial learning to read and write in two languages simultaneously.

There are many reading skills that transfer between languages and it can actually make kids stronger readers in both languages.

How we did it

We initially introduced English and Italian which are similar. There are some letters which are written are the same, but have different sounds in each language.

For example in Italian and English these sounds are the opposite. c=ch and ch=c.

These seem like they can be easily confused, however we followed the same methods we used when he was learning to speak.

For example, if my son pronounced an English letter in the Italian way, I would say: “Yes in Italian it is CH, but in English it is C. It didn’t take long for him to catch on.

Our children are also learning Spanish as a third language. While reading Spanish books and playing with his memory cards, my son started sounding out the letters on his own.

So, we decided that we could also teach him the letter sounds in Spanish.

He picked them up quite quickly. While he is not a fluent reader in either language yet,  he can sound words and simple phrases out in each language without confusion.

Learning to read and write with different alphabets

With languages such as Russian and English, the alphabet is quite different. Children need to learn how to identify the letters in context, as some letters look the same, but are sounded out differently.

I taught Russian children aged 5-8yrs old who were starting to learn to read and write at school.

When I introduced English, there were many new letters with different sounds, so it took a little while to learn them. There was also the initial confusion of why some letters had different sounds and some didn’t.

However I explained the different languages and alphabets, and we practised daily.

It didn’t take the children long to learn to associate different letters with different sounds depending on the context they were in. They were able to look at the word as a whole and know which sound to use.

Research on children learning to read and write in languages with different writing systems suggests neither an advantage or disadvantage.

One study  on biliteracy from York University Canada showed that while learning to read with different writing systems such as Chinese, it won’t help with a second language such as English, however it won’t do any harm either.

While I have no personal experience with languages with different writing systems, one could assume that as they are so different, that there would be less confusion.

The main difference however, is that because children are learning two very different systems, they have more to learn. Not just in terms of sounds and tones, but when writing letters and symbols.

Parents and educators need to make that extra effort to ensure that their child’s literacy skills are at the same level, and can at times be quite challenging.

Mariam, writer at Andthenwemovedto is mother of children learning four languages including English and Urdu, she says:

“We introduced the two writing systems simultaneously. Our daughter will turn five soon and is currently starting to understand the basics of the different alphabets, the fact that the Urdu script is written from right to left, and the vocalisation marks to indicate how a certain word is to pronounced.

It has been challenging, and has taken her a while to start mastering both. But amazingly she can already do simple things like write her name in English and in Urdu on her drawings/artwork in class, without giving it much thought!”

If you are unable to teach your child their second language yourself, and you want your child to be biliterate, a bilingual education is a popular option.

In a bilingual school, biliteracy is important. Children learn to read and write in both languages on a daily basis, as well as being educated in other subjects.

This is one of the most effective ways for children to become biliterate.

Are there reasons to delay biliteracy?

Many parents prefer to wait until your child can read and write in one language before starting to learn another. This can be for different reasons.

If you are a parent who speaks the minority language, and are confident to teach it, that’s a great advantage.

However, for some parents, they simply don’t have the time or confidence.

If you are a monolingual parent raising a bilingual child, or you don’t speak the language your child is learning, this can be a challenging as you can’t actually teach them yourself. You will need to find a language school or hire a tutor to help with your child’s literacy skills.

You may also choose to wait because your child is struggling to read and write in their first language or they have a developmental delay. In this case it may be best to seek professional advice.

In general  though , if your child shows and interest in learning to read and write, there is no reason you shouldn’t feed their interest.

Children can learn to read and write simultaneously in two languages if given the time and resources to do so.