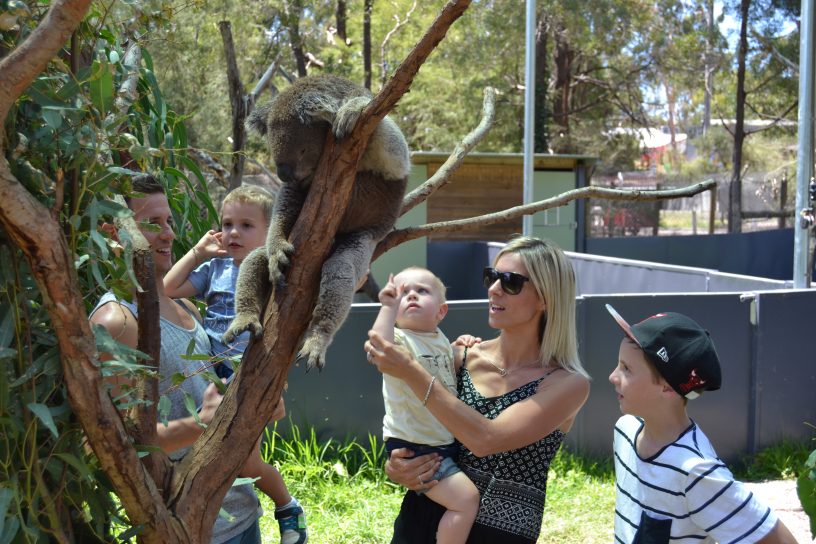 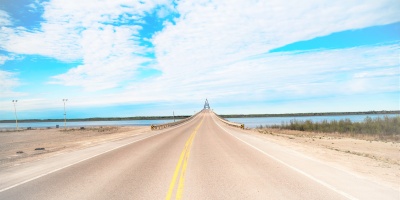 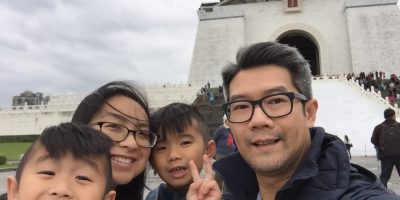 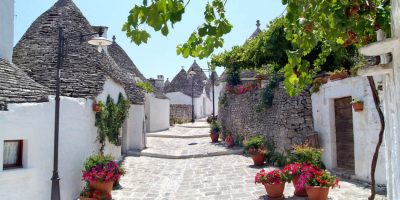 Originally from Melbourne I have been living abroad for more than 10 years now. Based in Italy with my Italian husband and two young boys, we try to visit as much as possible. Some people think we are crazy travelling so far with our children, but there are so many reasons to travel with kids while they are young.

I want them to grow up knowing both sides of their family and learning about their Australian heritage. It also gives them a chance to practice their English with people other than myself.

Usually we visit for at least a month, Australia is a good 24hr flight away at least, and we only usually stopover somewhere like Bangkok, so for less than that it isn’t worth the flight with little ones. Jetlag is not fun!

Our latest trip we were lucky enough to stay almost three months. It was a fantastic experience for our children who are Bilingual, speaking Italian and English, but with English being the minority language it gave them the boost they needed, especially J4 who picked up a bit of the Australian accent while we were there.

It was the first time I brought K2 home to meet the rest of my family. Our trip was last Summer so he was 18mths old at the time and only just starting to talk. By the time we got back, almost his entire vocabulary was English which gave him a kick start.

We spent most of our time with family and friends in and around Melbourne, while trying to see and do as much as we could with the kids. It’s funny how I have seen more of Italy and the rest of the world than I have of Australia, and even my own state. When you grow up somewhere you tend to think things are “always going to be there” and you can “go any time” but sometimes you don’t actually  ever make it!

Here are a few of our favourites that we were able to experience as a family while visiting:

Imagine sitting on the edge of a train window hanging your legs over the edge while it passes through beautiful green forests and gullies. This is what you get when you ride on Puffing Billy. It is not just your ordinary train, it is an old steam train that rides about 50km per hour and it is an adventure and an attraction in itself.

We organised a big family day out and we were up bright and early to get one of the first morning trains. One of the most exciting parts is going over the bridges where you see cars below you waving. It’s great that kids can do it too, I am just waiting for the next time we go on a city train and they ask me to hang their legs out the window!

We stopped off at Lakeside, Emerald Lake, which is about half way through the line, the journey takes about an hour or so. We set ourselves up by the lake on one of the picnic tables by the lake and had lunch, then took the kids on the paddle boats. They loved it. 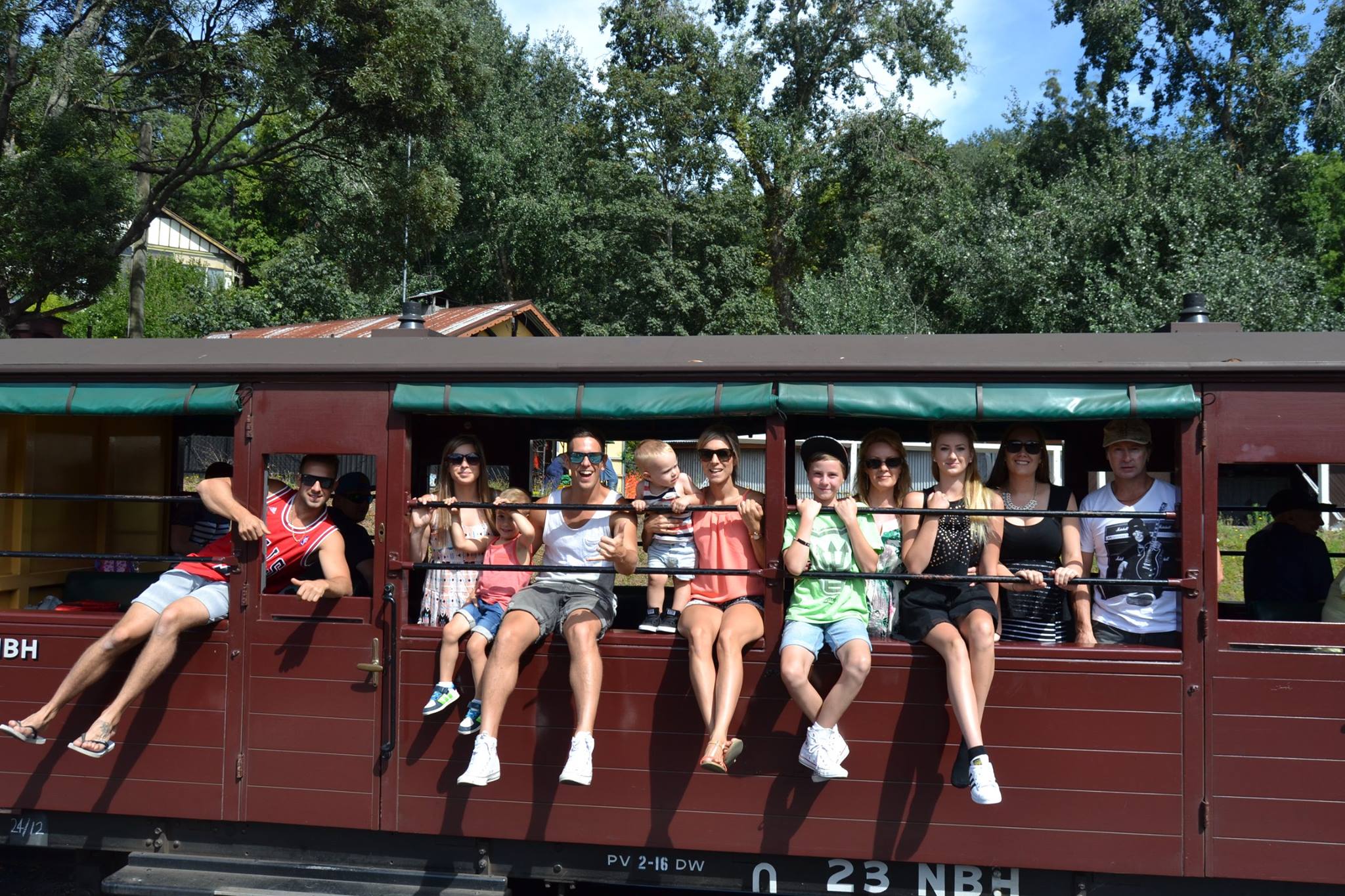 All aboard Puffing Billy 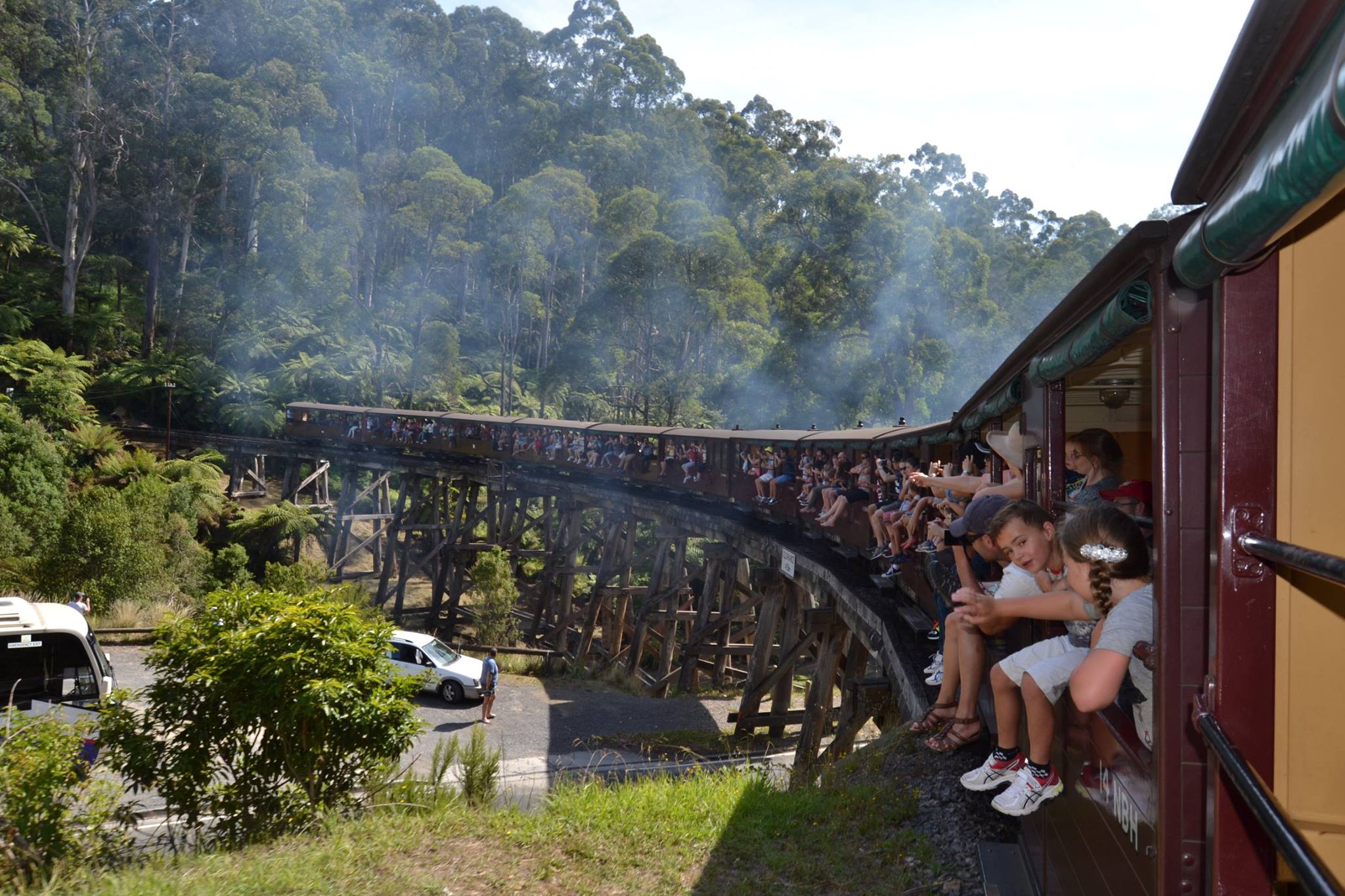 Driving through the gorgeous scenery on Puffing Billy 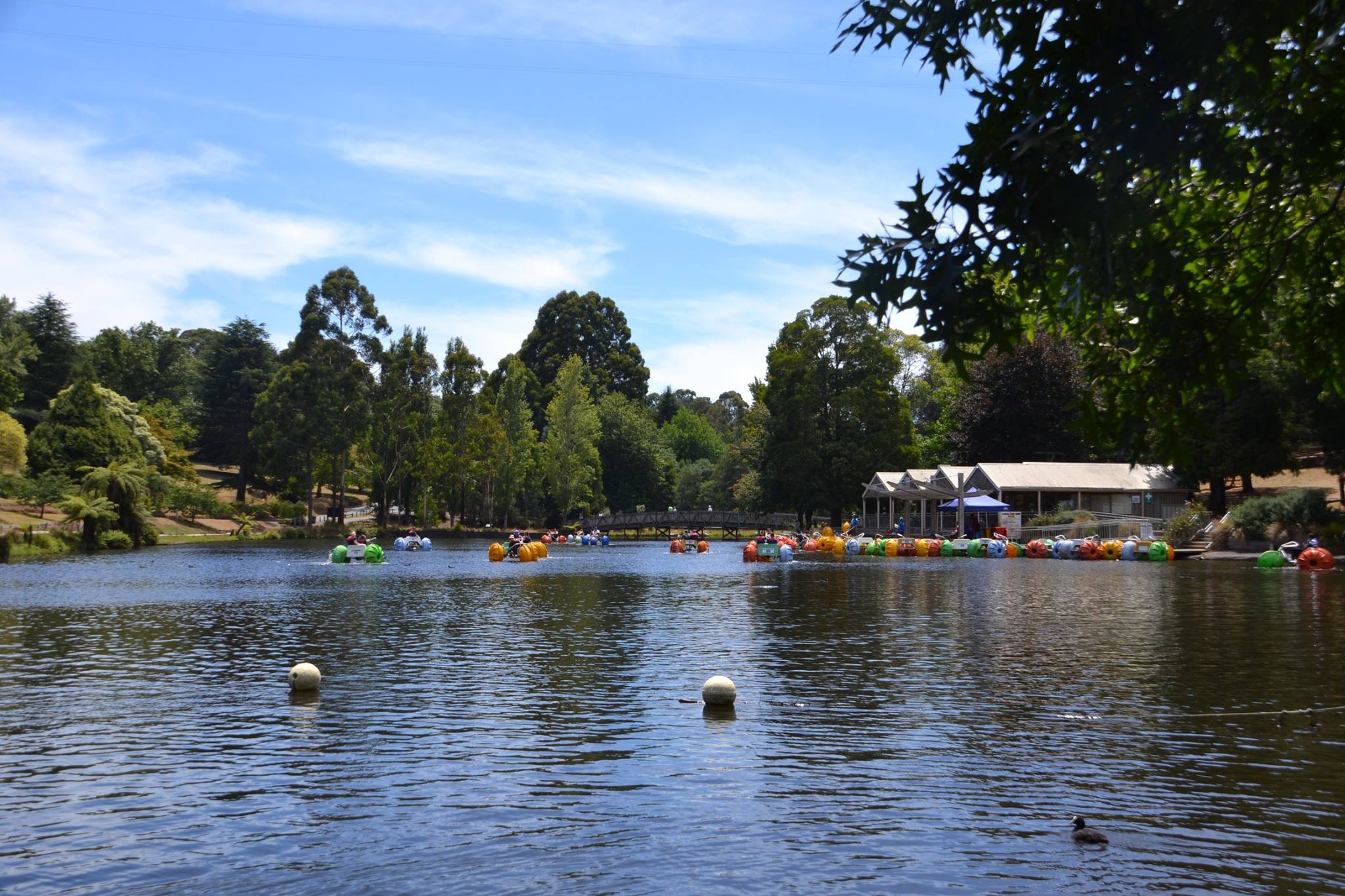 Lakeside where we stopped for a picnic

In the east of Melbourne is Healseville Sanctuary, a zoo where you can experience the Australian wildlife. Getting up close to the kangaroos and koalas, birdwatching, and enjoying the nature.

We spent the day here with family and friends, we watched a bird show, and had a picnic by the stream, my boys were so excited to see kangaroos and koalas for the first time, but the favourite was getting to hold a real live snake. 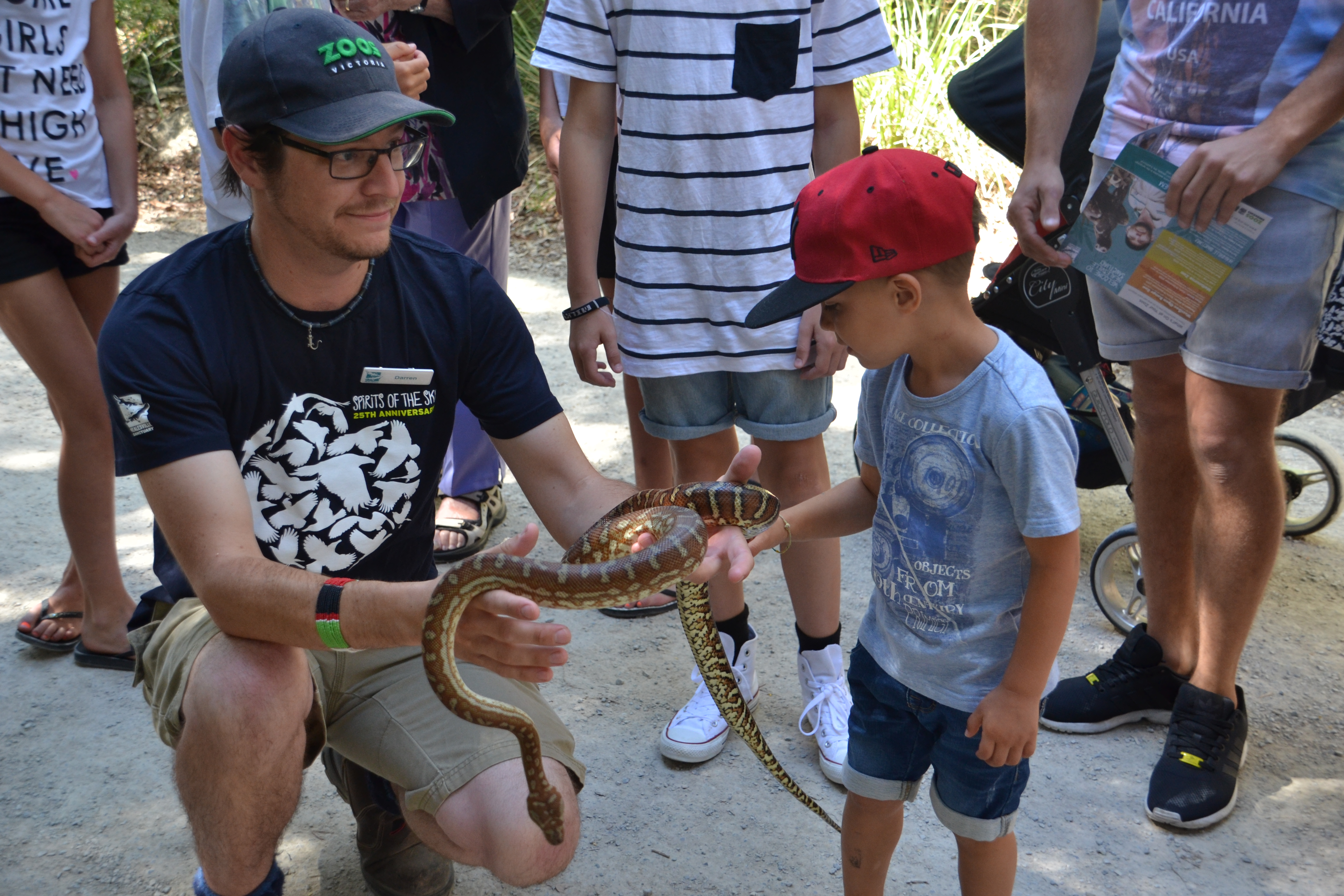 Getting up close to a snake

Getting up close with the koalas 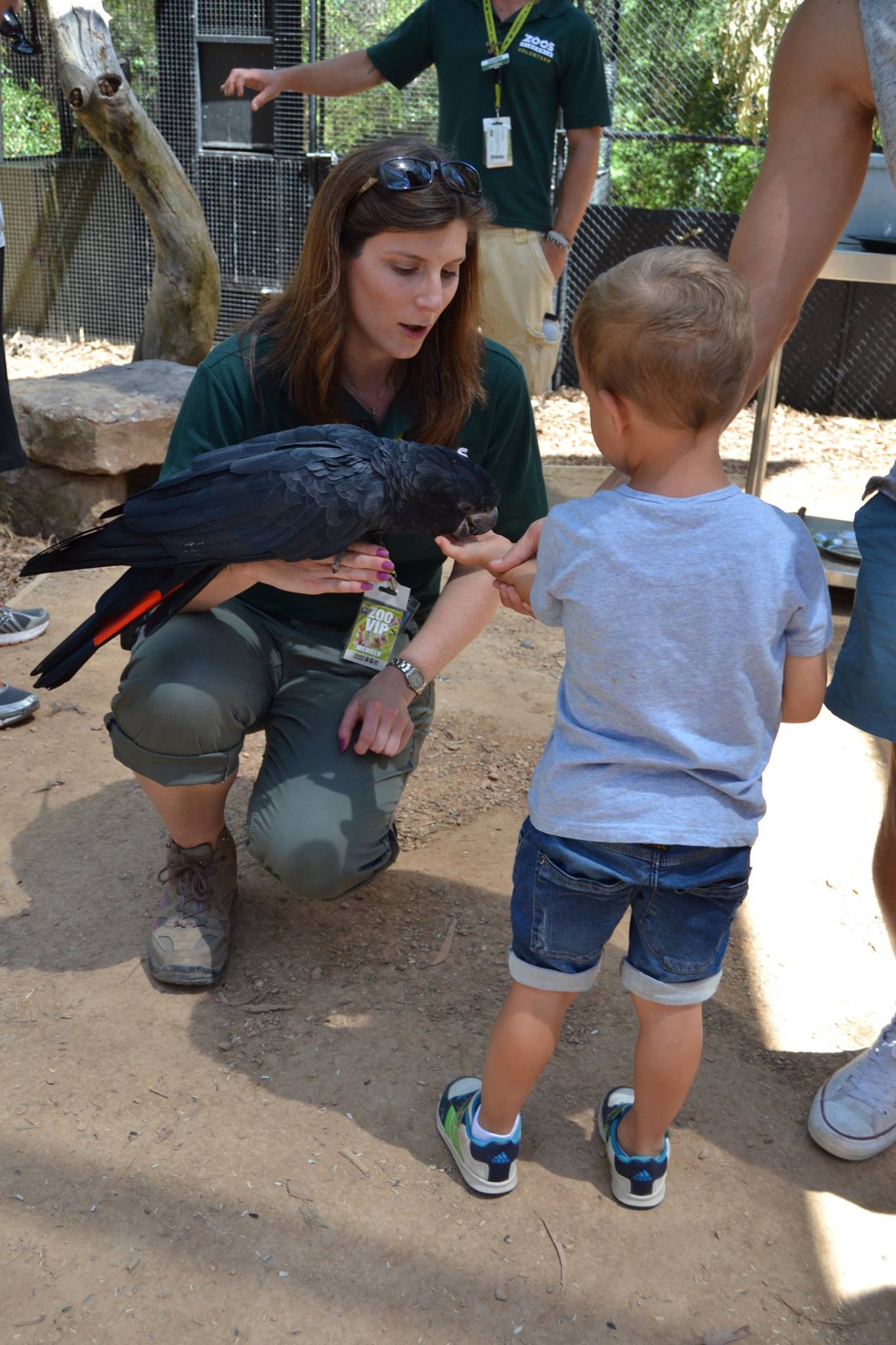 It’s not Africa, but it is almost as good as for young children, and just half an hour from the city centre in Melbourne’s west.

We spent the day exploring and looking at all of the animals. The highlight was the safari truck which my boys loved probably more than the animals! We were driven around the park getting up close to the zebras and giraffes that walk around freely. 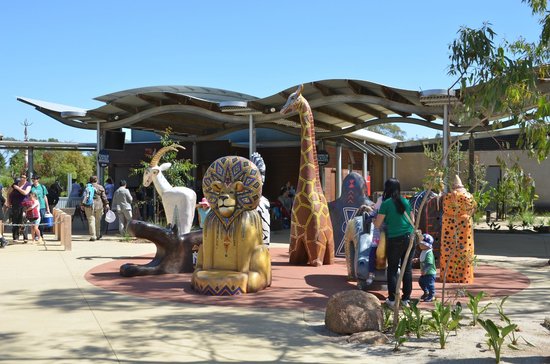 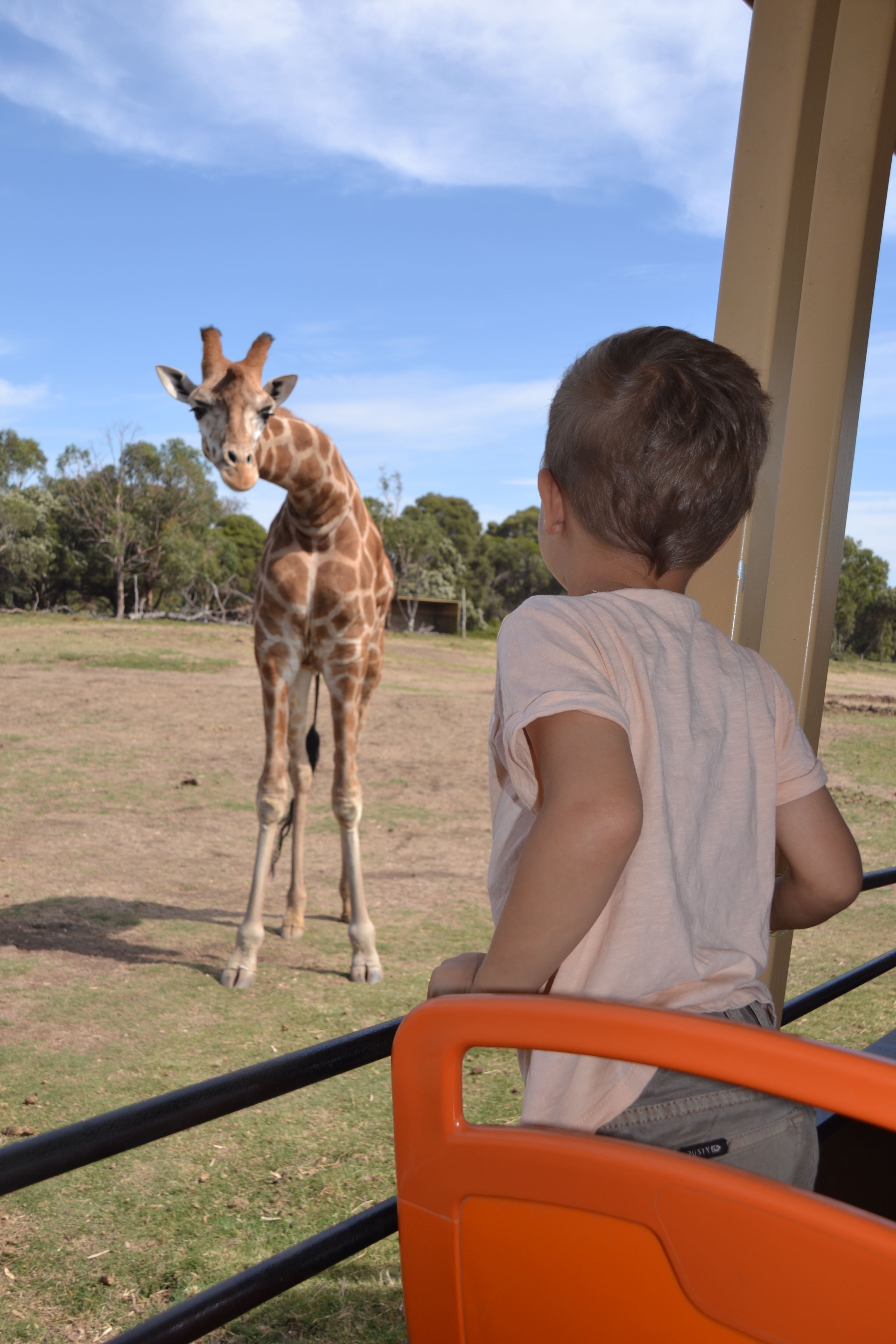 On the Safari Truck at the Werribee Zoo 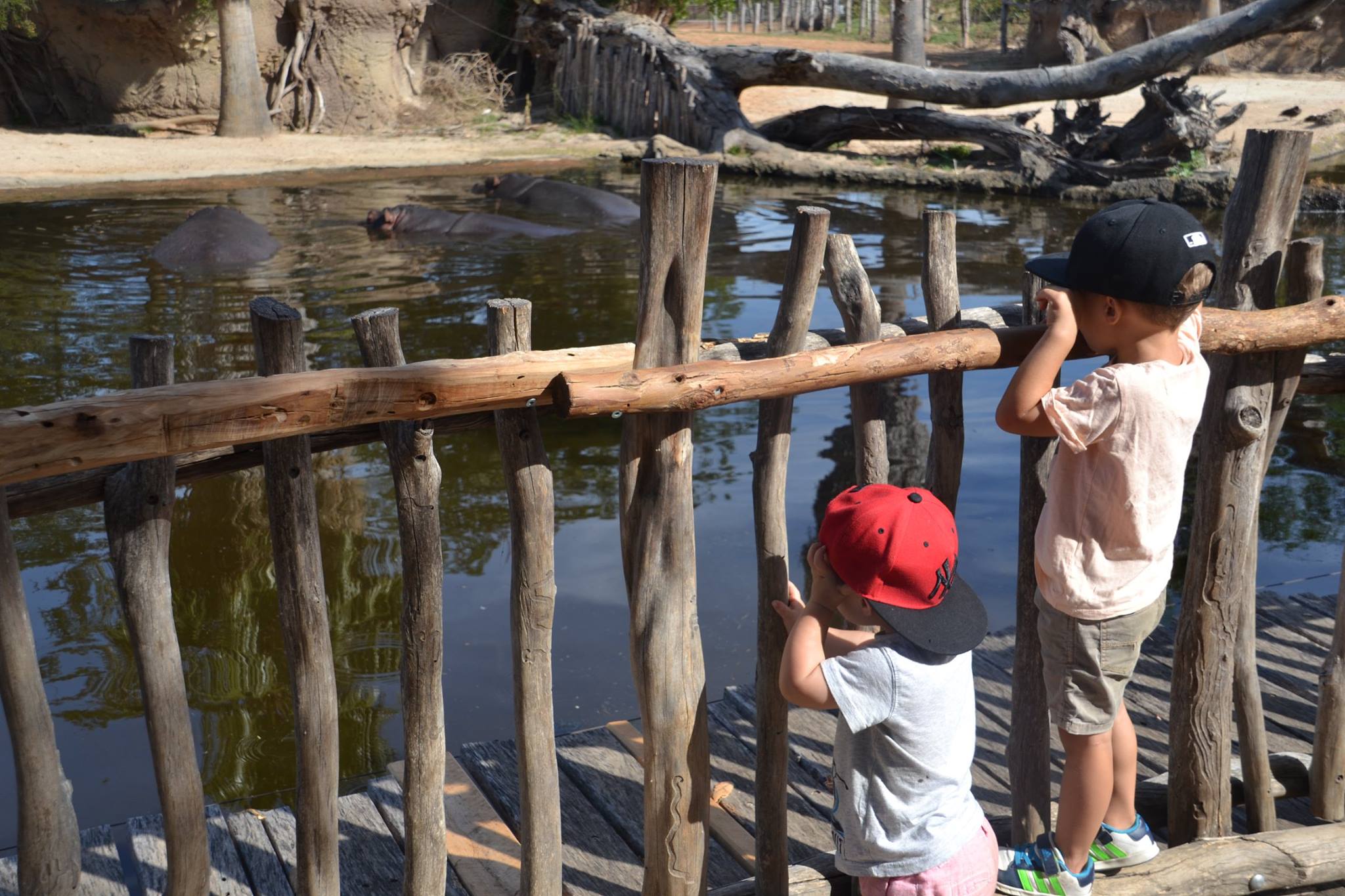 A great day out in the city centre for kids of all ages, The Sea Life Melbourne Aquarium was a big hit with my boys who LOVE sharks. Located on the banks of the Yarra River, you can walk through the glass viewing tunnels getting up close to a variety of marine and freshwater animals including a huge crocodile which was one of my boys’ favourites.
I actually swam with the sharks and rays there when I was younger which was an amazing experience, I definitely recommend it for those who are brave enough. 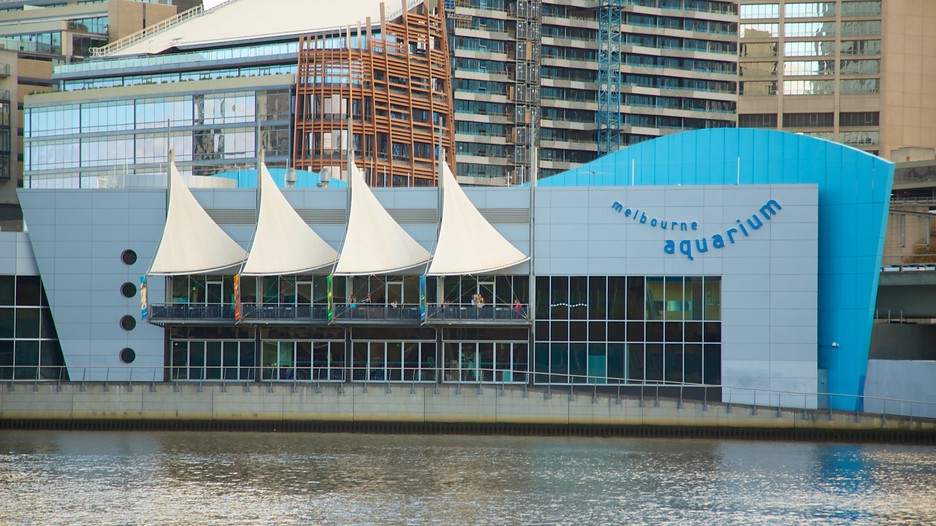 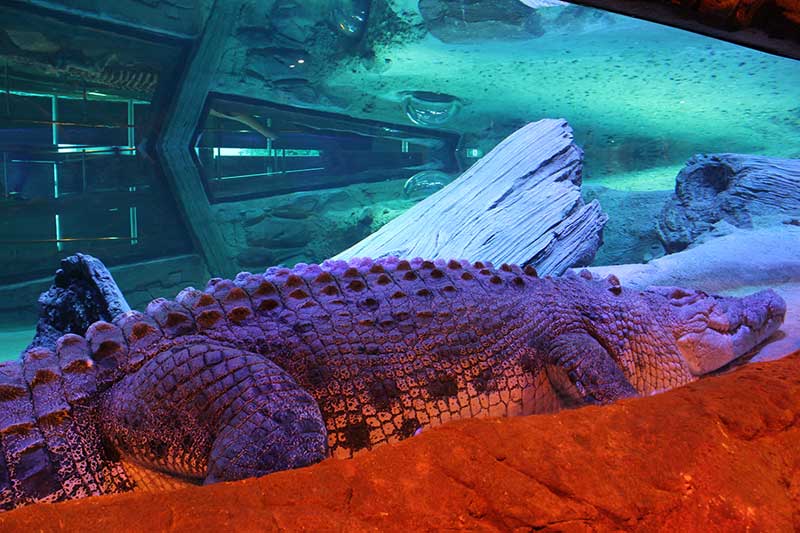 My boys were obsessed with this guy 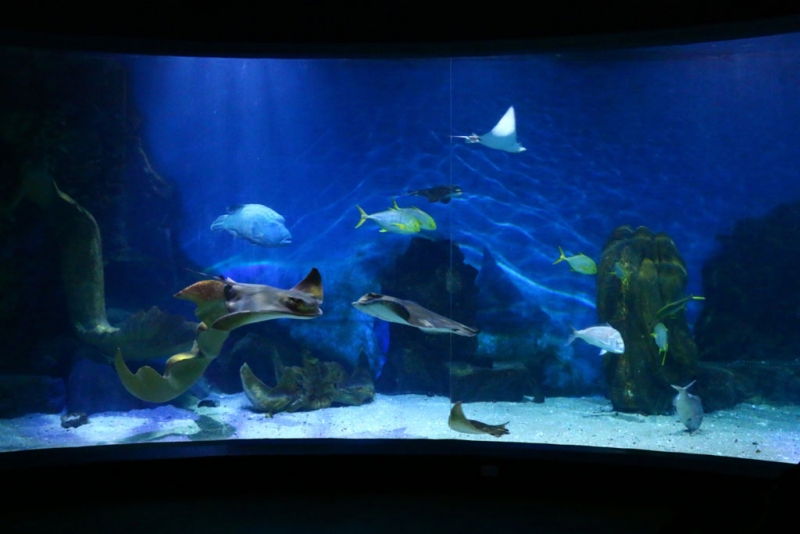 Just west of Melbourne is a Children’s Farm at Diggers Rest where children can get up close to the animals and experience life on a farm.

My boys were super excited to play with the chickens and rabbits. There were lots of laughs as they tried to hold them in their arms while the chickens just wanted to flap their wings and run around.

They got to ride a pony, and milk a cow, though they got more milk outside the bucket than in!

Their highlight was chasing one of the little pigs around. While all the other pigs were inside the fences, one little runt was allowed to roam the farm.

We went on a tractor ride around the farm and they fed the ducks. K2 was really just throwing seeds at them while J4 was actually holding his hands out laughing as their beaks tickled his palms. 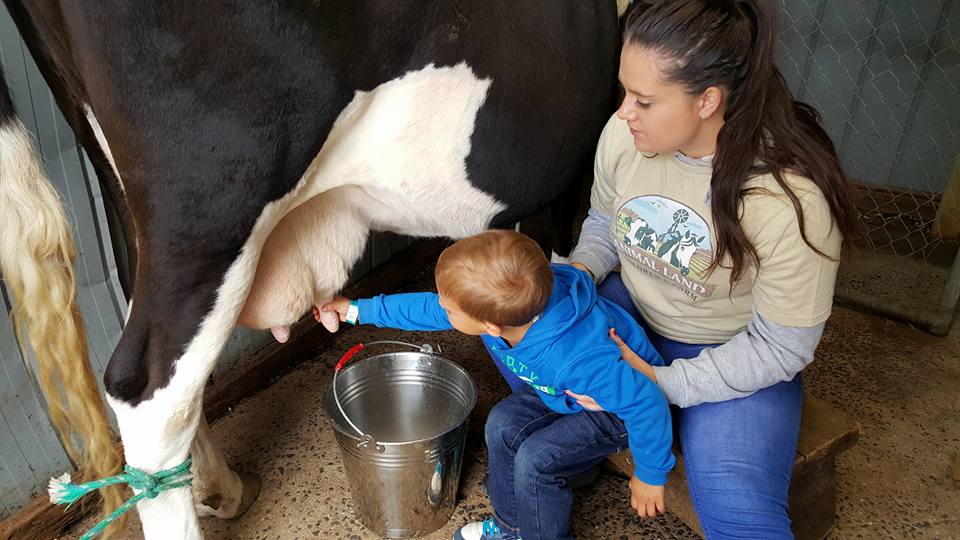 Milking a cow at Animal Land, the Children’s Farm 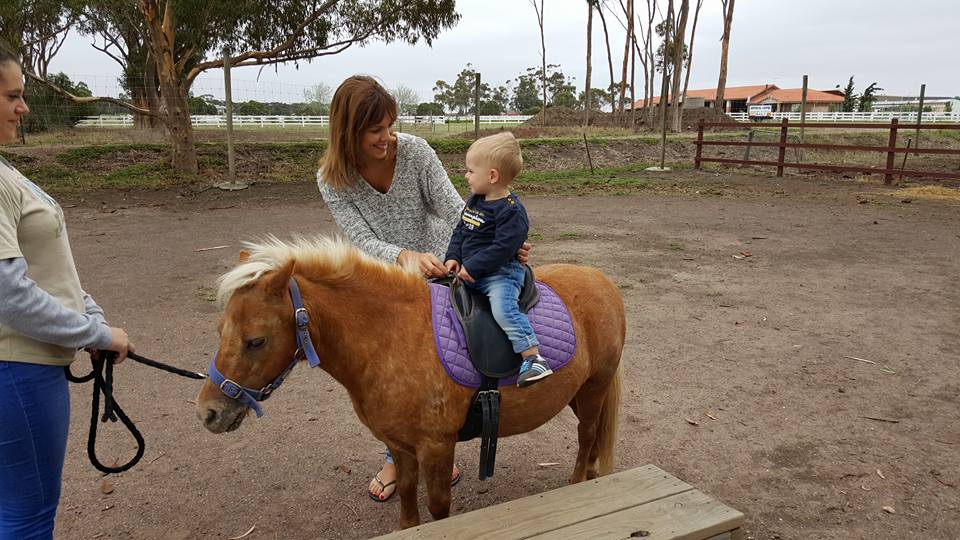 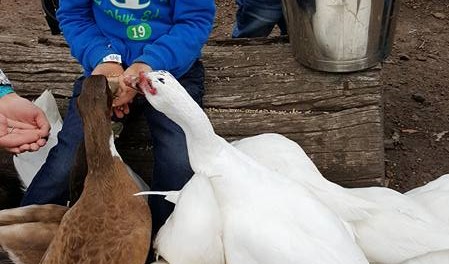 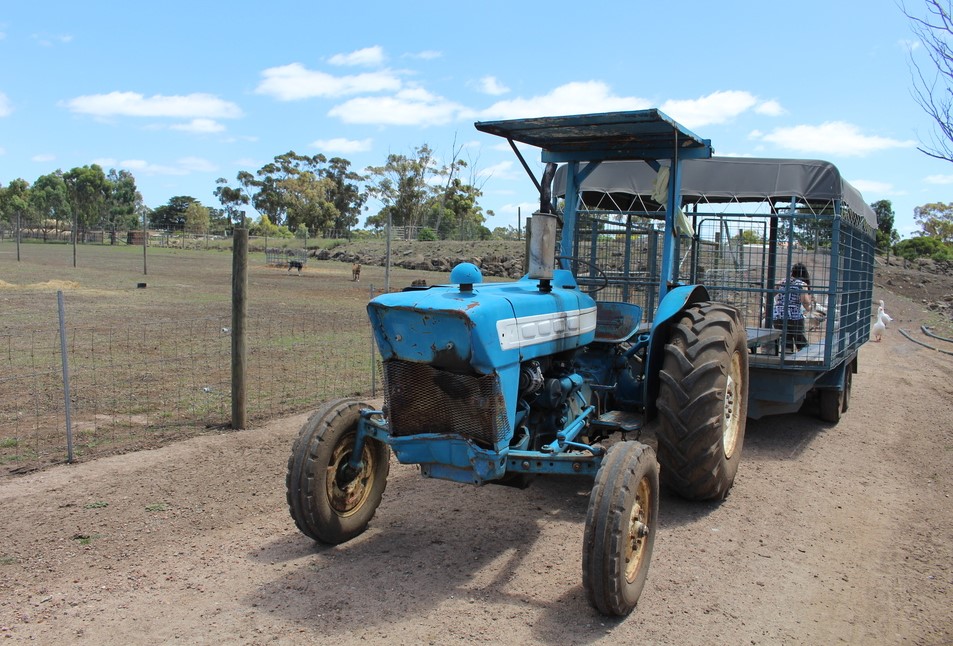 Ready for a tractor ride around the farm

A must see if you are ever in Melbourne is the Great Ocean Road. We spent many day’s out at the surf beaches along the coast. Torquay and Ocean Grove are old time favourites, the kids loved jumping on the waves.

The last time we visited, we drove the whole way from Torquay to Warnambool which takes about four hours, but if you stop along the way like we did, you can make a whole day trip out of it, or even a weekend.

The scenery is stunning. There’s lots of wildlife to see along the way, we saw kangaroos hopping across the road in front of us, and koalas climbing the trees.

There are plenty of places to stop too, not just at the beaches. You can see the 12 apostles at Pt Campbell, The famous Lighthouse, or go for a walk through the Otway forest. 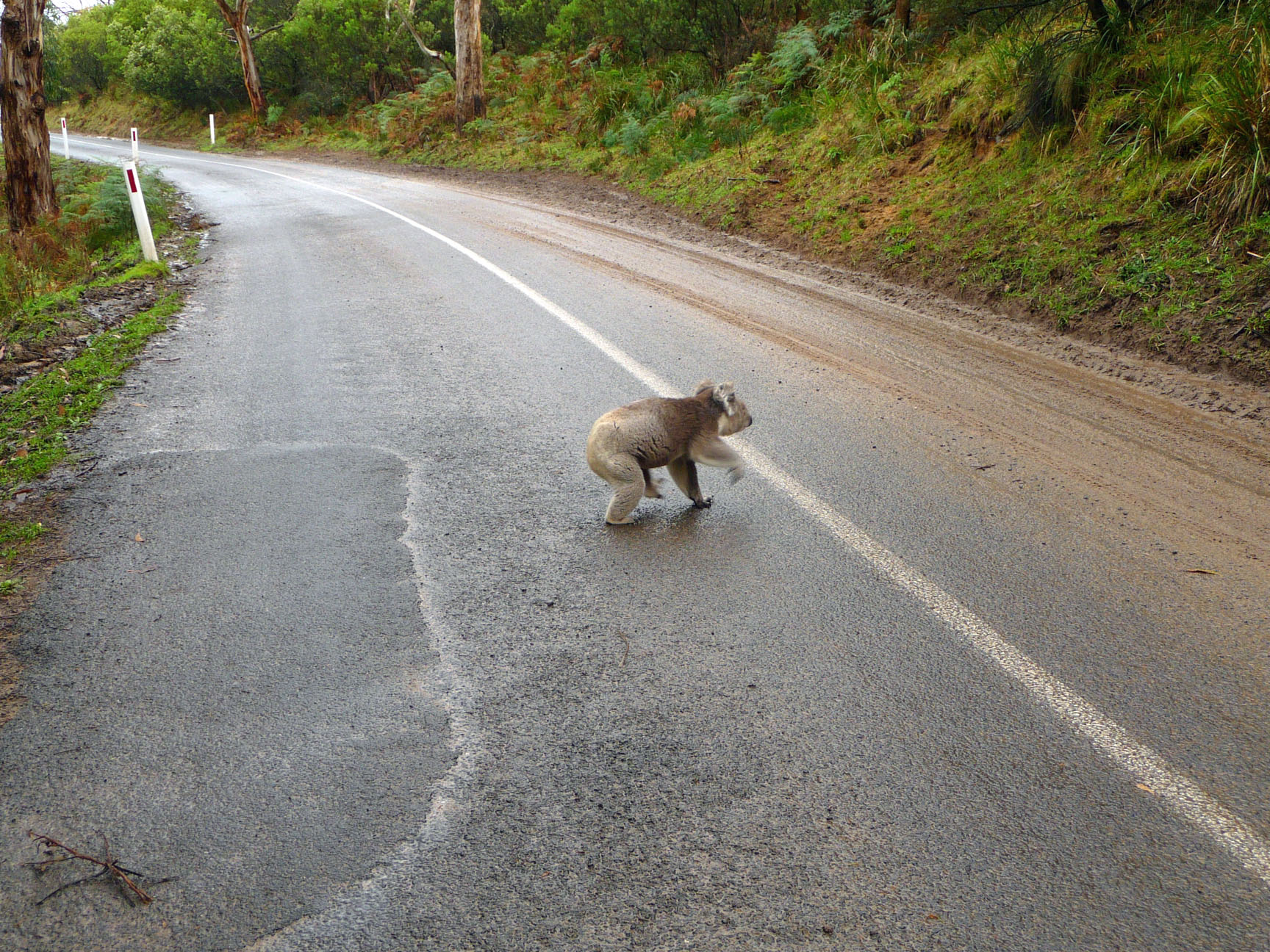 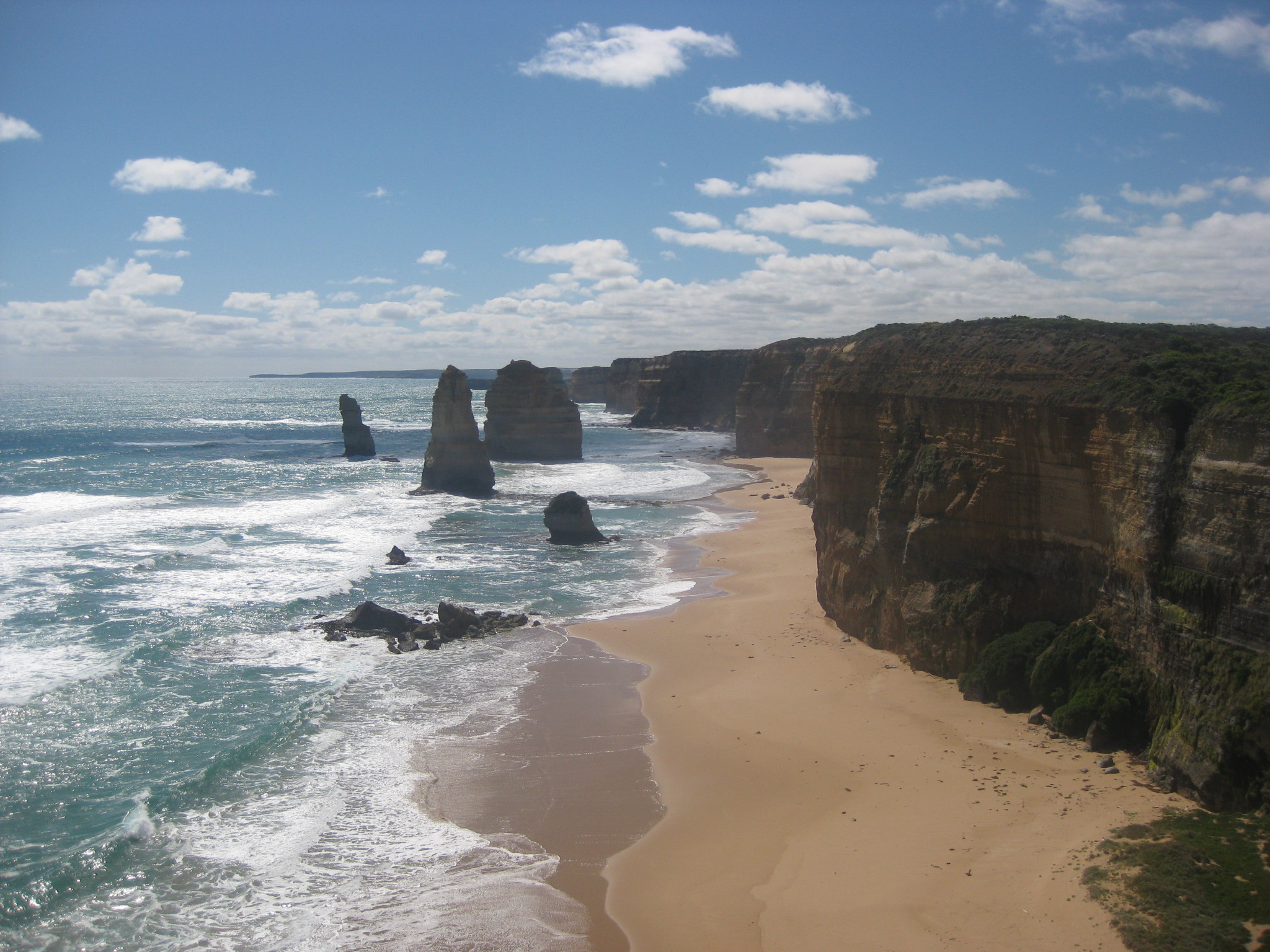 The 12 Apostles in Port Campbell, although there are only 7 left now 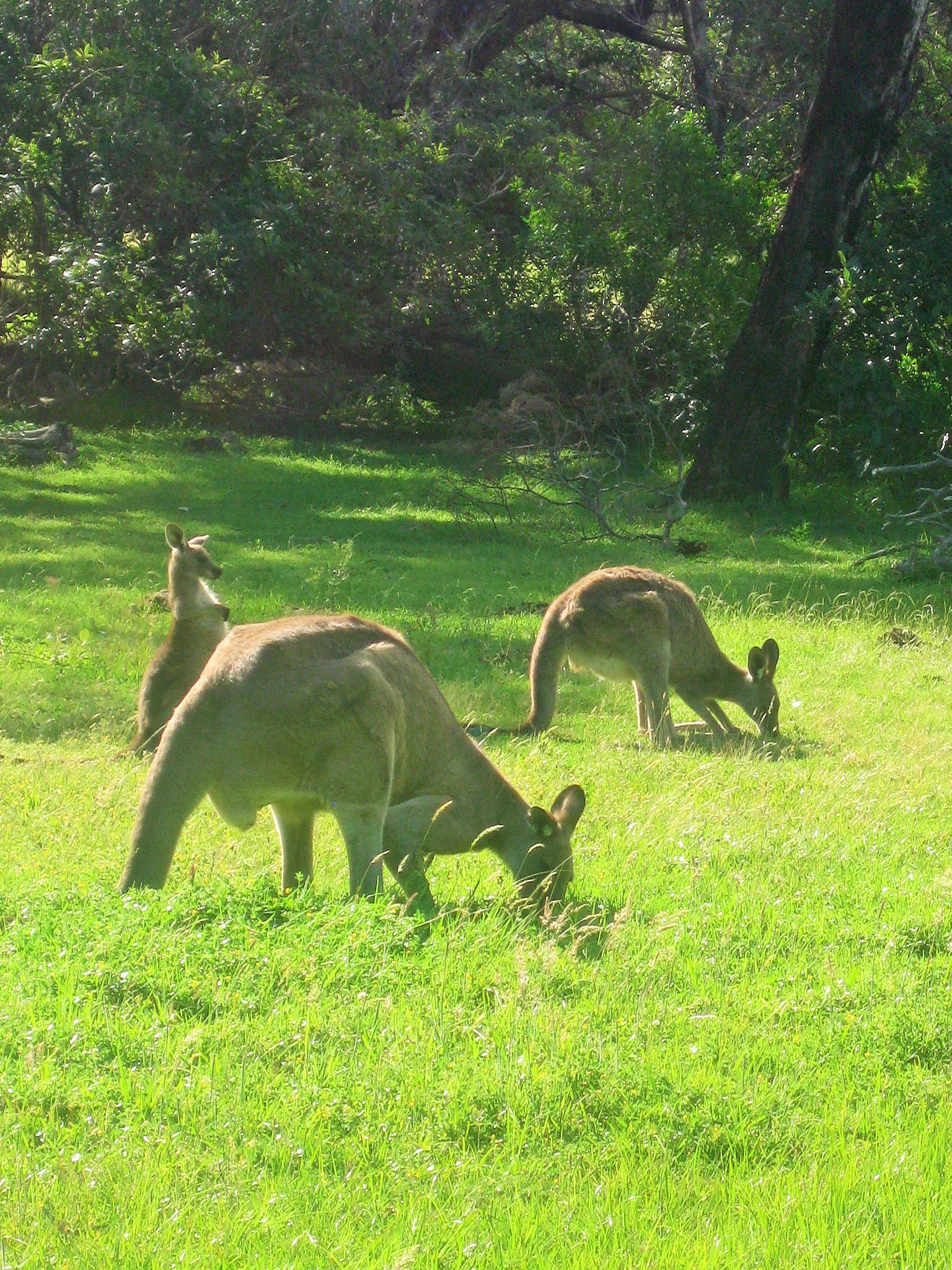 Though these are our favourites, there is so much more to do with kids in Melbourne, especially during the Summer months. I can’t wait until our next trip!